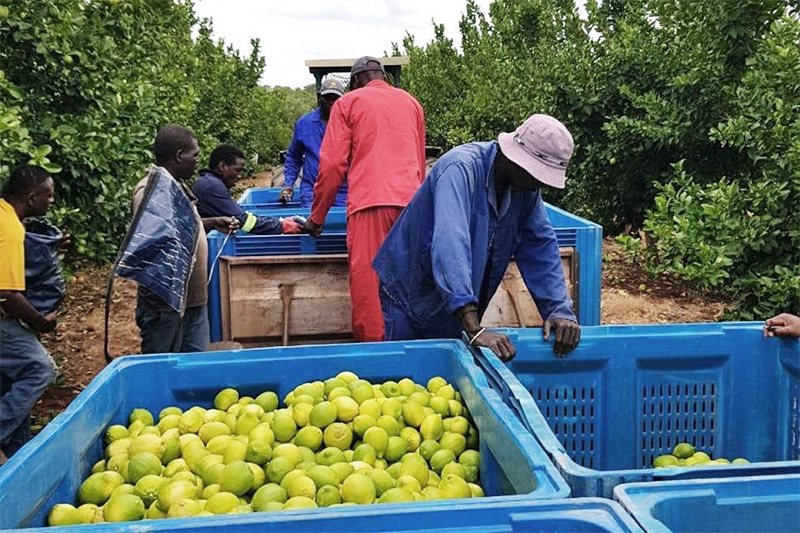 For the first time since South Africa’s single-channel marketing system for agricultural commodities was abolished in the 1990s, citrus fruit was exported from the Port of Maputo in Mozambique on Monday, 11 April.

Cornel van der Merwe, vice chairperson of the Citrus Growers’ Association of Southern Africa (CGA), said the decision to export via Maputo was taken due to the challenges with infrastructure and delays currently being experienced at the Port of Durban.

“[This move is] particularly welcome in the light of the expected increase in citrus exports from South Africa this year. This port will mainly cater for producers from Mpumalanga and Limpopo, who are [situated] relatively close to Maputo.

“This will lighten the load on the overstretched facilities in Durban. We foresee making use of the Maputo port for many years to come,” he said.

The expected increase in citrus exports this year was good news, not only for the agriculture sector, but for the South Africa economy in general, Jaco Minnaar, Agri SA president, told Farmer’s Weekly.

He was responding to the recent announcement by CGA that exports were expected to increase by 4% this year.

“Citrus is exported at export parity [prices], earning extremely valuable [foreign exchange]. Large-scale job creation and food security are added benefits created by the citrus exports, [and it was thus] good news indeed for the country’s economy in general.” he said.

The latest estimates from CGA indicated that about 32,3 million 15kg-equivalent cartons of lemons would be exported, which was an increase of 1,3 million cartons when compared with 2021.

A 1,5 million year-on-year increase in 15kg-equivalent cartons of navel oranges was also expected for the coming season, amounting to a total of 28,7 million cartons.

At the same time, it was expected that an estimated 58,2 million 15kg-equivalent cartons of Valencia oranges would be exported this season, which was a 3,2 million increase from the 55 million cartons shipped in the previous season.

Indications were that an estimated 14,8 million 17kg-equivalent cartons of grapefruit would also be exported during the upcoming season.

However, according to a statement by CGA, the ongoing Russia-Ukraine conflict was nonetheless expected to have a negative impact on grapefruit exports as Russia was a major importer of South African grapefruit.