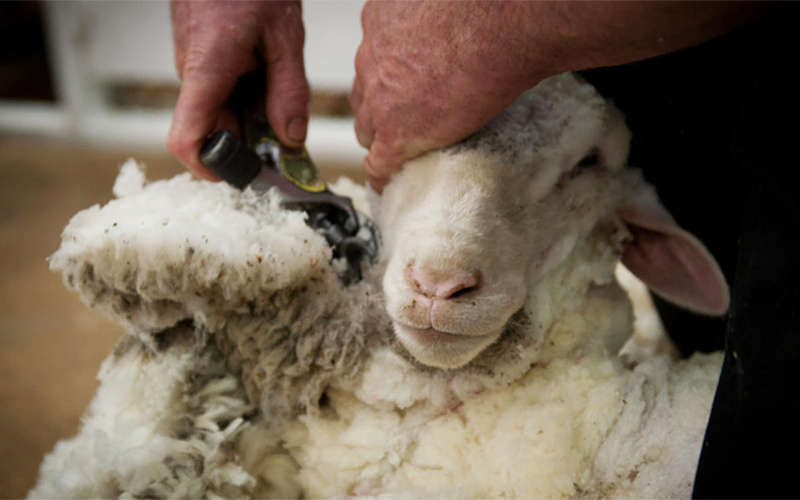 As Western Cape farmers recover from the effects of the drought over the past five years, they have suffered a fresh blow this week when China banned South African products from cloven-hoofed animals following the outbreak of foot-and-mouth disease in Limpopo, KwaZulu-Natal and North West provinces.

Cape Wool SA, a representative organisation of the South African wool industry, said wool generates R6 billion in export revenue per year for the county. China forms about 80% of that market.

The organisation said the Western Cape produces 15.7% of the South African wool.

The National Department of Agriculture, Land Reform and Rural Development confirmed the ban was implemented this week and that officials were urgently working with the trading partners to find a solution.

She said usually 30 farmers make up communal farming and they share the profits from the shearing shed.

Western Cape branch chairperson for the association Cobus Uys said at least 10 permanent staff and farms with around 2 500 sheep in the Bredasdorp were affected. Most of the processing factories that wash the wool and spin it into yarn are in China.

“A small percentage of wool goes to Europe. But the majority of the SA wool clips goes through Gqeberha harbour and is exported to China. The biggest wool clip in the country is found in the Eastern Cape, though,” he said.

“Our biggest concern for the farmers is the cash flow. So the farmer usually gets his money in seven days after the wool has gone to the auction. If the auction does not take place the farmer cannot get money. At this stage, a lot of the areas in the Western Cape, Northern Cape and parts of the Eastern Cape are coming out of the drought that we had for three to five years.

“Now it’s raining and the veld is recovering and the wool clip is affected. Many of those farmers were already struggling and now they are not able to sell their wool on the market. The farmers will have a massive amount of stock sitting in Port Elizabeth (Gqeberha),” he said.

Uys said the majority of the wool in South Africa comes from the merino sheep, a high-quality wool to make clothes and other products.

A farmer who asked to remain anonymous said he lost many sheep in the drought and now the ban would make things worse.

“My son and I farm with 2 200 Dorper and merino ewes. The drought over the past five years (led to) a loss of 30% of our ewes – major impact on the economic viability of our farm,” he said.

He was worried that the China ban would cost them the farm. “There is no point in continuing with our farming. We have already employed half as many workers as a result of the drought,” he said.

Tommy Caldo, a broker for wool in the Western and Northern Cape, said he started this business in 2000 and he could make as much as R30 000 a month when the wool trade was booming.

The wool industry was hit by a China export ban linked to the disease in 2019 for eight months.