The UK has an opportunity to boost trade with Africa 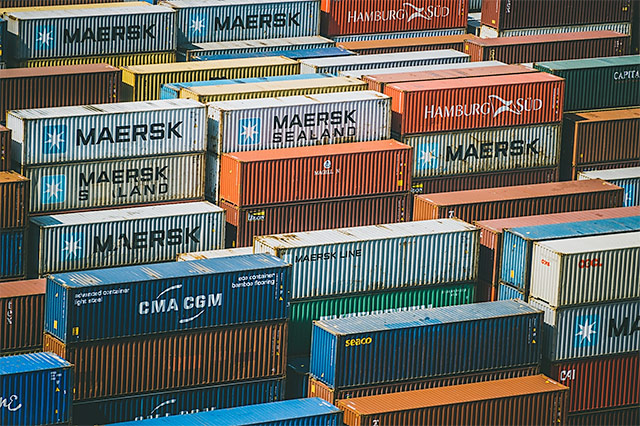 In August 2018, the British government revealed its goal to become the largest G7 investor in Africa by 2022, as British companies started to show a strong interest in Africa’s consumer markets.

However, the pandemic negatively affected British international investments – with earnings falling by £82 billion, according to the Office for National Statistics. While on the other hand, recipient African countries experienced a 16% decrease in overall foreign direct investments in the first half of 2020.

Although the Johnson government was clear that the aim of the January 2020 UK-Africa Investment Summit is to position the UK as “Africa’s partner of choice for trade and investment,” the UK hosted a second summit in January to discuss sustainable investment as a means to assure long-term mutual gains and support the continent’s green economic transition.

Addressing trade barriers between the UK and Africa was one of the key points of the recent summit, particularly for African leaders, as the continent tries to recover from the pandemic. Since sustainable British foreign investments have the potential to stimulate lasting economic growth in African countries, particularly in terms of industrial capacity and import-export rates, the UK has a responsibility to question its implication in trade facilitation with and within Africa.

With China being Africa’s largest trading partner, it is clear that China’s economic footprint is set to grow in the years to come. In this regard, how could the UK compete with China’s growing economic influence on the continent?

There is no denying that the pandemic created uncertainties among global investors and traders. Similarly, policies regarding mutually beneficial trade remained a concern for African countries. So far, China has promoted the most attractive trade partnership in Africa for two decades. Despite the pandemic, China maximized about $113 billion exports to Africa in 2019, while exports from African countries to China reached approximately $78.7 billion. In contrast, UK-to-Africa exports in 2019 were about £18 billion, and Africa-to-UK exports were approximately £16 billion.

Although being part of the European Union trading bloc largely impacted UK’s capacity to make independent decisions over its bilateral and multilateral economic relations, post-Brexit trade ambitions with African nations were welcomed for the most part; yet concerns about UK-Africa trade barriers still persist regardless.

Leah Lynch, Deputy Editor at Developing Reimagined, believes that as trade imbalanced are still existing between the UK and Africa, UK’s investments and related agreements will remain unsustainable.

She argues that “Africa accounts for a tiny 3% of UK imports, while the largest share of UK investments in Africa goes into extractives and mining sectors (43%) with very little (1%) into manufacturing.

This also comes as a warning that British investments emphasis and African trade facilitation are pressing issues to genuinely address in UK’s sustainable investment design. Otherwise, African countries will continue to give prior attention to China’s investments and trade.

Another aspect to consider is the importance of the AfCFTA, and why supporting it could be one of the best approaches to the UK’s economic ambitions on the continent. With a population size of approximately 1.3 billion people, Africa is not only home to a quarter of the world’s population, but also a booming market that could potentially be worth “$3 trillion in combined GDP.” While the AfCFTA is an intra-African trade agreement primarily implemented for African markets, it will require more than just Africa’s efforts alone, nor will it benefit only Africa.

While most African nations agreed on eliminating all tariffs on 90% of goods traded internally and reducing non-tariff barriers, more needs to be done. In fact, even Africa received a considerable amount of FDI between 2011 and 2020, with top African economies such as Egypt, Nigeria, South Africa, Mozambique, and Ghana at the front line.

According to the World Bank, the AfCFTA could propel Africa’s income by $450 billion by 2035, while adding about “$76 billion to the income of the rest of the world,” raising Africa’s exports by approximately $560 billion, and boosting wages of skilled and unskilled workers by 10%. Supporting the AfCFTA would mean that the UK could effectively position itself as Africa’s top destination for investment and trade partnerships.

On that note, the UK should contribute to intra-African economic expansion not only by investing in quality products and services (mainly in the digital economy, energy, housing, agriculture) but also by developing larger, deeper outreaches and sustainable impacts to assure a long-term return of investment. Lord Gerry Grimstone, UK minister for investment, argues that the UK is “leading the way” to a clean growth revolution with a low-carbon economy worth approximately £200 billion, over 75,000 businesses, and hiring over 1.2 billion people. While the UK presents one of the most attractive portfolios for Africa’s sustainable development, its active support for the AfCFTA could be a key to its sustainable investments on the continent.

Clearly, British investments in the green economy alone could not make it sustainably attractive to African nations. In addition, emphasizing on intra-African trade role and reassessing UK-Africa trade facilitation mechanisms will assure a long-term vision, and encourage ambitious stakeholders to partake in pragmatic win-win projects and economic development. Promoting environmental, social and corporate governance globally still leaves many topics such as the importance of regional trade facilitation largely unexplored. Despite a lot of uncertainty regarding events in Europe and elsewhere, it is obvious that investing in Africa has never been this exciting.