The O-fish-ial Women in Aquaculture 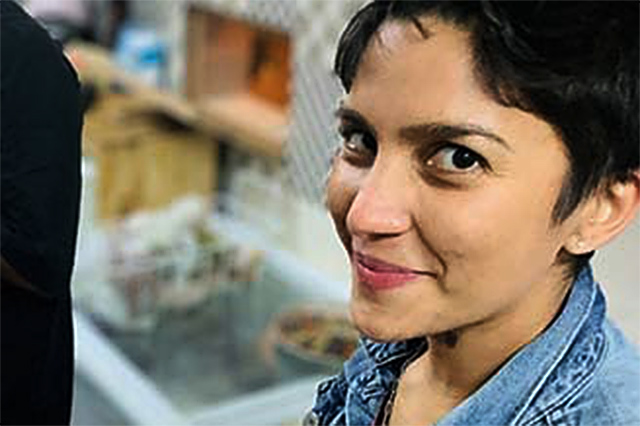 That, as my personal background, and with what I experienced in Syria and the region, the catastrophe that has unfolded there over the past ten years, has changed how I understand conflict. Most people think of conflict as starting when the first bullet is fired, but to me that is the end of the spectrum. The problems start years before you see violence. It starts with who has dominance and access to education and resources – all the socio-economic factors that lay the foundation to social grievances that eventually lead to conflict. So, I feel in a way that I have almost come back full circle, working in an environment and a position where I can look at how to prevent conflict by trying to provide more equal access to opportunities.

Whereas her skills were transferrable, Zerene knew nothing about aquaculture or working in the private sector. And it was also the first time in her career that her gender was such an issue. “I am 100 percent a woman in a man’s world,” says Zerene, not sounding the least bit deterred. “There are a lot of women working in the aquaculture sector, but it is very rare to see a woman in a position of power. It’s not that the women aren’t interested, but where Chicoa is based, it’s very rural and very few of the women have any education. Most of them married very early, have a lot of children that they need to provide for and, at the same time, take care of all the domestic responsibilities. It is an impossible choice for most of them. But the thing is, they are much more business savvy than they – and most of us – realise. I mean, these women have had to hustle their whole lives, and make key economic decisions to sustain their families. They approach everything from that point of view, and often that gets overlooked.”

To increase the visibility of the women, and to try and even out the gender and power dynamics that exist in these communities, Chicoa’s investors and board of directors are very conscious of harnessing and giving recognition to the women and what they are already doing. A lot of work goes into looking at what aspects of the business and the value chain need to be made more accessible to women, and how to engage with them so they don’t always get stuck at the lowest levels. This thinking is also key to the training programme TFSA is currently developing, which will be tailored specifically to women traders in the tilapia value chain and is to be delivered through FEMME, a women-focused business support organisation, and AMAQUA, the leading industry association in Mozambique. To bring about systemic change, for Zerene, it’s all about strategy. How to package the equality argument in a way that brings all the key players on board. “This is where having TFSA and other institutional partners on board, such as our shareholders, really does help.

Sometimes organisations or investors ‘force’ producers and companies to adapt more fair practices within a given timeframe, and then they often arrive at a point where they realise how beneficial this change actually is to the company, and they appreciate it. With someone like TFSA on board, when they are so clear about prioritising women in trade, it really helps accelerate positive change.”
The fact that a woman, Augusta Maita, was appointed minister of sea, inland waters and fisheries in early 2020 is proof that change is indeed possible at the very highest level in Mozambique. “It’s a complete game changer having her in that post,” says Zerene excitedly. “And because she is hugely politically astute, engaged and supportive of the sector, it is also creating a different atmosphere in the aquaculture industry. This is the first time that producers feel this level of support, and it’s coming from a woman in power. Surely that plays a huge part in changing minds and norms.”

Beyond the direct impact the minister is having on the aquaculture industry, Zerene puts equal importance on the representation aspect. “To have a young woman in that role is just fantastic, and so important in terms of representation. When I was 15, I didn’t have someone like her, or even someone like myself, as a role model. Our generation is literally building this new framework for ourselves, and the pace of change has really been quite incredible. I look at these young women starting out today and I’m just awestruck. They are so inspiring, making it seem possible to really do exactly what you want to do, and I’m very grateful for that.”

Acknowledging that there are still a lot of social constraints across Southern Africa, and that opportunities are often closely linked to the quality of education available to girls and young women, Zerene remains hopeful. “My advice to women starting out in business is to not underestimate yourselves – we tend to always look at what we still have to do rather than take full stock of everything we have already accomplished. Ask other women for help, link up, even if they are in different sectors, look at what they are doing and how. There is so much you can learn from that. I mean, I knew nothing about fish, but you learn. Trust your ability to learn. Know your limits but don’t be limited by them, you can push past them! I mean, look at all these women in Mozambique, even if they can’t read or write, they have all these amazing other skills. I got my foot through the door, now it’s my job to hold the door open for everyone else…even if I think we should get rid of that door altogether!”

Subscribe to our digest
Tweets by forward_trade
PrevPrevious PostUK export market opportunities and compliance
Next PostThe UK has deregulated citrus imports, including from South AfricaNext