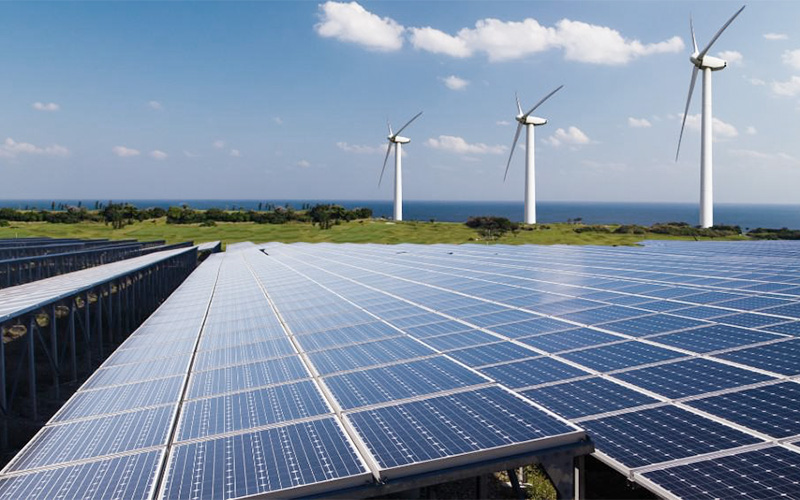 There is a huge opportunity for South African suppliers to cater to the growing renewable-energy market in sub-Saharan Africa (SSA), particularly if they establish themselves within special economic zones (SEZs), consultancy XA International Trade Advisors noted on July 19.

He mentioned that the renewable-energy landscape has evolved significantly over the last decade, from a small number of wind and solar projects, typically linked programmes such as the Renewable Energy Independent Power Producer Procurement Programme (REIPPPP), to a much broader utility-scale and dynamic sector.

Bonnett estimated the total value of renewable-energy projects in sub-Saharan Africa to be $35-billion, including 104 wind projects, more than 1 000 solar projects and a pipeline of conceptual projects.

South Africa accounts for 51% of installed and upcoming wind power in the sub-Saharan Africa region, with Eastern African countries such as Kenya, Tanzania, Ghana and Ethiopia all growing wind developments as well.

He highlighted that suppliers based in South Africa enjoy tariff-free access to another 18% of projects in the region through Southern African Development Community (SADC) and Southern African Customs Union trade agreements.

Therefore, South African suppliers have preferential access to about 70% of wind projects in the region, some of which are accessible by road, rail and sea.

South Africa also leads the way in terms of solar project developments, having about 57% of the 9.5 GW of solar projects in operation, construction or declared in sub-Saharan Africa based in the country.

With Zimbabwe, Angola, Botswana, Namibia, Zambia, Malawi, the Democratic Republic of Congo, Mauritius and Mozambique all being key trading partners of South Africa, members of SADC and accounting for 31% of total solar capacity on the continent, it gives South African suppliers another edge in accessing markets.

The majority of projects, however, do not have a completion date as yet, making demand forecasts for materials difficult.

That said, Bonnett pointed out that volumes of materials are rising sharply every year, with total volumes of input material into solar projects – such as long and galvanised steel, glass, zinc, plastic, aluminium, cement, copper and silicon – averaging around 87 000 t/y in “REIPPPP delivery years”.

He admitted that Covid-19 had disrupted many solar power project implementations, but stronger volume growth is expected in 2023 and 2024.

Bonnett added that undeclared volume requirements from smaller projects already in operation will also boost the numbers considerably, in addition to new projects being designed.

The solar photovoltaic sector requires nearly 1-million panels a year, excluding rooftop  developments, in REIPPPP delivery years. This number will rise to around 2.4-million by 2024, Bonnett forecasted, adding that the proposed development of green hydrogen complexes in Namibia and South Africa could drive this demand higher as well.

While the green hydrogen industry is in its infancy on the continent, Africa’s abundant solar and wind resources makes it an ideal region for development.

Bonnett said only a handful of countries have officially announced green hydrogen projects so far, with an estimated value of $98-billion should they all proceed to commissioning.

There is also a  growing number of downstream green hydrogen projects, particularly those related to mining fleet conversion and other industrial applications.

Africa House has been developing a comprehensive list of renewable-energy projects in sub-Saharan Africa, including details of the main original-equipment suppliers tied to the projects, which aims to bring together key players along the value chain to explore and develop the South Africa renewables supply capability for the domestic and export markets.

Economic Development Solutions founder Eckart Zollner provided an update to the South African REIPPPP, by sharing that 6 244 MW of electricity had been procured from 112 independent power producers (IPPs) in seven bid rounds, while 4 201 MW of electricity generation capacity from 67 IPP projects had been connected to the national grid.

About 47 000 GWh of energy has been generated by renewable-energy sources produced under the REIPPPP since the first project became operational.

Zollner said the renewable-energy sector in South Africa has created 51 000 jobs to date, and contributed R1.2-billion to socioeconomic development, as well as R365-million to enterprise development.

MacKay explained that SEZs have a particular importance for the renewable-energy sector in that they are designed to be investment optimisers.

SEZs typically offer duty exemptions, lower tax rates and other government incentives. For example, about R390-million of duties were saved on R3.5-billion worth of imported goods through SEZs in South Africa in 2021.

MacKay noted that because SEZs are focused on competitiveness, it bodes well for South Africa with its anaemic economic growth. “Its clustering effect places complementary businesses in the same vicinity and helps achieve economies of scale in manufacturing.

“The duty exemptions act like a pre-defined export rebate store and ensure better competitiveness in export markets,” he said.

MacKay strongly urged renewable-energy suppliers to set up shop within South Africa’s SEZs, but warned of the various requirements – the company needs to be located in an SEZ designated by the Minister of Trade, Industry and Competition; needs to be incorporated in South Africa or effectively managed in South Africa; and its activities have to align with the SEZ’s objectives.

Suppliers need to submit a business plan to the chairperson of the SEZ board, and at all times comply with the conditions of the SEZ, since government does not want local companies unfairly competing with other local companies in South Africa, MacKay explained.

The Atlantis SEZ, for example, is a purpose-built green technology SEZ located 40 km from Cape Town, which it itself a hub a green economy activity in South Africa and a gateway to the continent.

Subscribe to our digest
Tweets by forward_trade
PrevPrevious PostIdentifying opportunities in green business for UK-Africa trade and investment
Next PostBotswana: Strategy for investment, exports and diversification through ‘Special Economic Zones’Next