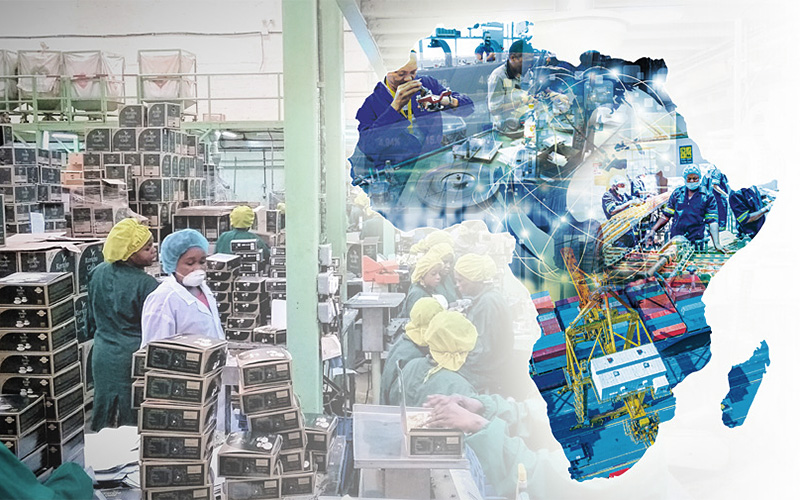 Deputy Minister of International Relations and Cooperation, Alvin Botes, has told a sitting of the National Assembly that South Africa’s exports to Africa have surpassed those to the European Union in 2021.

Botes said this when he participated in a debate on Africa Day at the Good Hope Chamber in Parliament on Wednesday.

“We are committed as the South African government to work towards halving of poverty through agriculture by 2025, working amongst others, with countries such as Ghana and Morocco and in terms Malabo [Declaration] commitment five: the boosting of Intra-Africa Trade, we know that the trade figures in South Africa have increased remarkably,” he said.

The Malabo Declaration points to the commitment made by the Heads of State and Government in 2014 when they met at the 23rd Ordinary Session of the African Union Assembly in Malabo, Equatorial Guinea.

Among the commitments made at the meeting was Malabo Declaration Commitment five, which speaks to African states committing to boosting intra-African trade in agricultural commodities and services – by tripling trade in this area and by fast-tracking the continental free trade area and transition to a continental common external tariff scheme.

“We have recorded that unlike in the past when the chief trading partner to South Africa was the regional block of the EU, what I can confirm to this house today, ladies and gentlemen, is that exports to Africa in 2021 stood at R385 billion, against exports to the EU, which stood at R355 billion,” he said.

Botes said this showed that the African Continental Free Trade Agreement is an important instrument in mobilizing the agricultural communities and the enhancement of food security.

He said South Africa understood that inclusive prosperity will be accelerated through good governance, and that the role of the Africa Peer Review Mechanism (APRM) was commendable in this regard.

“We equally appreciate the foresight of AUDA-NEPAD, which shapes our developmental dividend and the economic prosperities to be made possible by the urgent implementation of the African Continental Free Trade Agreement,” he said.