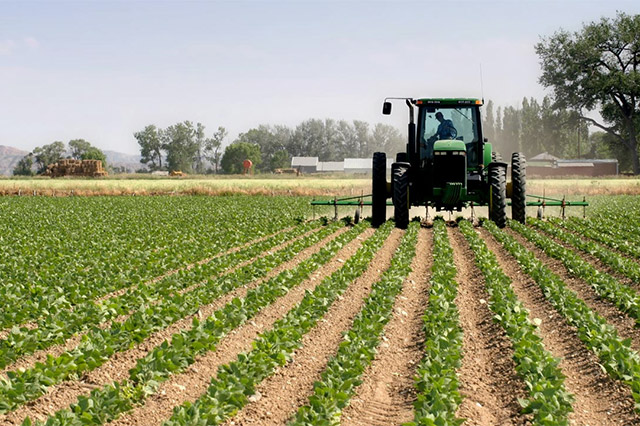 South Africa has seen great success in the past 15 years in opening new agricultural export markets through a range of international trade agreements, says Agbiz chief economist Wandile Sihlobo. Now government needs to take hand with the private sector to create even more.

When it comes to South Africa’s agricultural sector, the focus for a long period of time was on land reform as an essential policy for enhancing black South African participation in this sector. However, according to Agbiz chief economist Wandile Sihlobo, land reform is not the only issue that deserves our attention. “The export drive deserves attention too, as do the network industries that enable export activity. The government should take the lead in all these areas but encourage partnerships with agribusinesses and various private sector role-players where business conditions permit,” he writes in a Sunday Times article.

When it comes to ports, South Africa’s agricultural sector is export-orientated, and its growth strategy for export markets is dependent on efficient ports. However, in 2021 at the peak of the citrus harvest and export season congestion at the port of Durban and problematic Transnet infrastructure were major challenges for the industry, Sihlobo points out.

Despite this, collaboration between role players ensured a continuous flow of exports.

But as the year progressed, Sihlobo says numerous reports of infrastructure destruction in the rail system surfaced, posing a risk to agriculture and other export-orientated sectors. “The government should increase the security focus on the vandalising of Transnet infrastructure. Collaboration between business and Transnet in investing in ports should also be prioritised,” he believes.

Trade, the economist highlights, also dominated most discussion with farmers and agribusinesses with many acknowledging the great work of the government in integrating the agricultural sector into the global community since 1994. This, considering that exports have grown significantly since then. South Africa has trade agreements including the Southern African Development Community (SADC), the SADC-EU economic partnership agreement (EPA), the South African Customs Union (Sacu)/Mozambique-UK EPA, the African Continental Free Trade Area and the Sacu/Mercosur Preferential Trade Agreement.

“All have been achieved in the past 15 years, which is a considerable feat in itself, given the technical and institutional demands of negotiating and successfully implementing trade agreements. It is through the benefits of these agreements that SA now exports nearly half of its products in value terms — just over $10bn in a typical agricultural season,” Sihlobo states.

The fruit, wine, grains, wool and beef industries, he says have been the key drivers of this export effort. And according to him, agribusinesses and primary agriculture groups are hoping to see an increase in their access in Japan, China, Saudi Arabia, Bangladesh and India. “But we have more fruit in the country, larger wine volumes, and meat. At this point, the government, through the department of trade, industry and competition, along with the department of agriculture, land reform and rural development, should work collaboratively with the industry to urgently open as many markets as possible,” Sihlobo says. The economist points out that he is not naïve about the time frames and trade-offs that policymakers should balance in the quest for export markets.

“Importantly, we will be attempting to widen the export market while domestically focusing on localisation. Other countries that wish for reciprocity could find the South African approach unfriendly. “Still, if we view this sector as one of the critical sources of growth and job creation, we should be as agile as the likes of Peru and Chile in ensuring access for our agricultural products to key markets.”

Essentially, Sihlobo says, the agricultural sector holds great potential for boosting the rural economy. However, he cautions, there are various prerequisites that the government and its state-owned entities should focus on to ensure that the environment is favourable for investment.