South Africa: Agriculture minister steps up efforts to save citrus shipped to EU 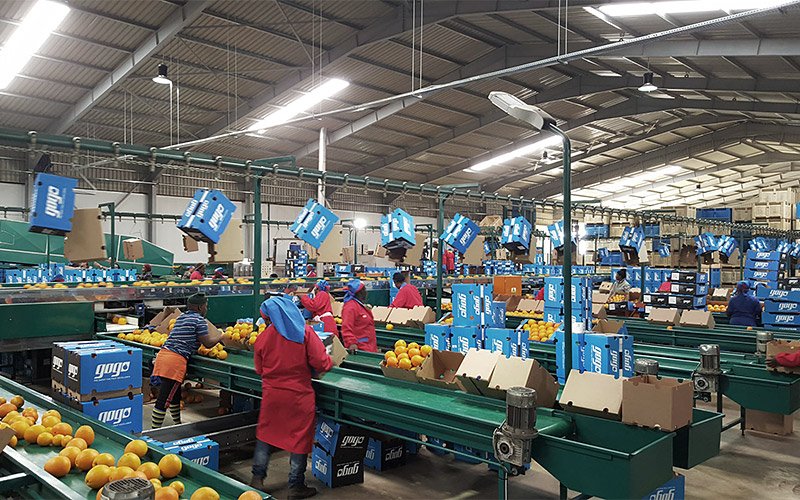 South Africa’s agriculture ministry is working around the clock to ensure citrus shipments, with an estimated value of R650m ($38.3m), docked at EU ports gain entry into the bloc, a spokesperson tells The Africa Report.

“Our farmers must have confidence that our minister and the department are working around the clock to negotiate a positive outcome,” says Reggie Ngcobo, spokesperson of the agriculture department.

The short-term goal is to negotiate for the citrus consignments to be off-loaded, which would avoid a worst-case scenario of the produce being destroyed. However, South Africa has lodged a formal dispute against the EU at the World Trade Organisation.

The trade fracas has caused an uproar among South Africa’s citrus-growing farmers and even reached the highest corridors of power, with the issue being raised when European Council president Charles Michel met President Cyril Ramaphosa a week ago.

South African citrus exports to the EU generate more than €1bn ($1bn) for the industry, according to the CGA.

At the end of June, as vessels loaded with 2,000 containers of South African citrus went headed for Europe, the EU announced the introduction of a new phytosanitary measure, which has placed the import of the produce in jeopardy.

“We’ve been talking to the EU to communicate that what they want cannot be done in three days,” says Ngcobo. “What is important is that the ships in Europe be off-loaded.”

“Farmers are harvesting. For some of our farmers, it is now not possible to comply [with the new EU phytosanitary measure],” Ngcobo says. “Our position is that the EU give[s] us time, then, during the next harvest, farmers will prepare citrus according to the new guideline.”

Although the agriculture minister is leading the discussions, the trade department is on board “to ensure the correct trade protocols are followed”, Ngcobo says. “We are hopeful that the EU will allow our citrus to go through [at its ports].”

The new measure was published on 21 June and came into force on 24 June, leaving little doubt to South African citrus growers that the guideline was intended to protect Spain, which is itself a prolific citrus producer and a competitor, says Chadwick.

The vessels loaded with South African citrus arrived in Europe on 14 July.

“We’ve seen how the process unfolded in the EU, where the scientific branch – the phytosanitary division of the EU – had withdrawn the measures,” says Justin Chadwick, CEO of the Citrus Growers Association (CGA). “[…] days later, the Spanish agriculture minister flew to Brussels and ensured they [measures] were put back on the table and passed in quick time.”

“There is no doubt in our minds as to where the pressure is coming from,” says Chadwick. “Interestingly, there were not only problems with oranges, which were impacted by the new measure, but also for grapefruit and mandarin consignments.”

As a result, growers were required to make a clerical change to the phytosanitary certificates for grapefruit and mandarins.

“Fortunately, the department of agriculture stepped in and adjusted those phytosanitary certificates so that all of those consignments [of grapefruit and mandarins] could be cleared on Friday, Saturday, and Sunday,” says Chadwick. “[However], with oranges, we need to adjust the phytosanitary certificates [to show] if the correct procedures have been followed. We are doing work on that. Hopefully, those [orange consignments] will be cleared.”

To date, most South African oranges are shipped to the Far East and the Middle East – at an additional cost – instead of the EU, according to Chadwick. “It’s not great,” he says.“Those markets are oversupplied or incorrectly supplied.”

The EU dispute compounds the difficulties faced by growers, who have had to contend with “freight rates going through the roof”.

“We know what’s happened to fuel prices,” says Chadwick. “We are seeing the same with fertiliser prices, input prices. The economics of citrus exports are under a lot of pressure.”

In terms of the EU, the plan “longer term is to challenge the measure itself”, says Chadwick. The CGA expects to hear more news about how South Africa will proceed in the coming weeks.

South Africa’s citrus export season kicks off in April and continues through to September and October when the last fruit gets shipped, says Chadwick.

The industry expects to ship 165m tonnes of citrus in 2022, slightly above last year’s 163m tonnes.

“President Ramaphosa supported the process of further discussions to be held at ministerial level to work out a solution that will allow for sustained trade in the citrus sub-sector,” says a presidency statement issued last week, following the meeting with the European Council president.

Subscribe to our digest
Tweets by forward_trade
PrevPrevious Post‘Vibrant’ cross-border trade in mopane worms from Botswana to South Africa
Next PostAgri SA assures wool exports are safe, while ban on exports to China persistsNext