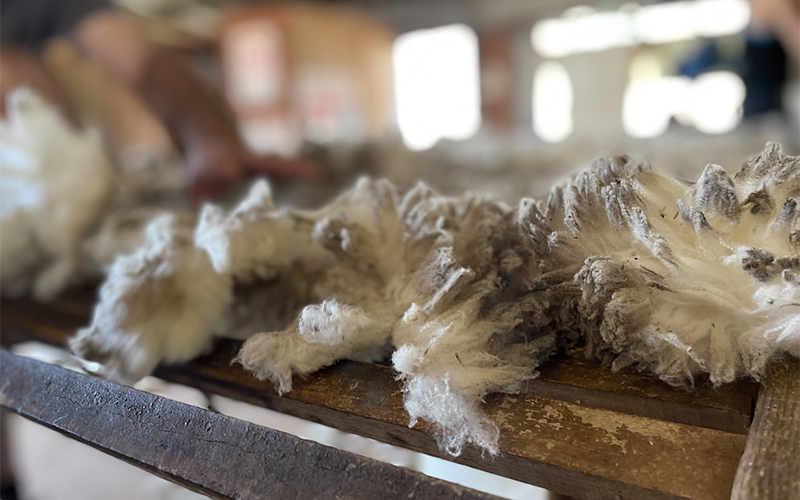 Industry body Agri SA and the National Wool Growers’ Association of South Africa (NWGA) have noted concern about the “unjustifiable” ban on wool exports to China owing to Foot-and-Mouth Disease outbreaks in parts of South Africa.

The first wool auction for the 2022/23 season is scheduled for August 17; however, with up to 80% of the clip normally destined for China, the ban will have a “devastating” effect on the local wool industry, the industry bodies point out.

The value of the South African wool clip is about R5-billion a year.

Since the ban was announced in April this year, the South African wool industry has lost an estimated R734-million in wool exports to China.

The ban also threatens the livelihoods of the industry’s 35 000 workers, as well as 4 500 seasonal sheep shearers and wool handlers.

Agri SA and the NWGA agree that the ban is unwarranted, since South Africa has protocols in place that regulate the storage of wool after shearing for a specified time at required minimum temperatures as stipulated by the terrestrial code of the World Organisation of Animal Health.

These measures were negotiated with Chinese authorities during the 2019 Foot-and-Mouth Disease outbreak to limit the disruption to trade in circumstances such as the current one, they note.

All export facilities in South Africa have been registered with the Chinese authorities to ensure proper monitoring and accurate certification.

Moreover, though wool sheep are, like all cloven-hoofed animals, susceptible to be infected by the disease, no outbreaks have been recorded in recognised wool-producing areas, nor have any small stock been diagnosed with it, Agri SA executive director Christo van der Rheede states.

With the auction date looming for the country’s wool, it is essential that Agriculture, Land Reform and Rural Development Minister Thoko Didiza and Trade, Industry and Competition Minister Ebrahim Patel intervene to secure the industry’s access to the Chinese market, Agri SA and the NWGA say.

“Failure to act will have devastating consequences for the industry’s workers and for small-scale producers in particular. We are concerned about the emerging and communal wool producing sector in particular, as most of their clip is destined for export to China.

“More than 40 000 small-scale producers market close to six-million kilograms of wool a year, valued at about R300-million. These producers and surrounding communities will fall back into poverty should the Chinese market remain closed for wool from South Africa,” says NWGA CEO Leon de Beer.

Many commercial wool sheep producers have only recently emerged from an extended period of drought, and if wool exports to China cannot resume owing to the ban, these farmers may not survive.

Agri SA and the NWGA say they can only trust that the South African authorities will make every effort to address this issue with the Chinese authorities as a matter of urgency.

“South African wool is safe for export, and we must resolve this matter quickly for the sake of the livelihoods on the line.”

Subscribe to our digest
Tweets by forward_trade
PrevPrevious PostSouth Africa: Agriculture minister steps up efforts to save citrus shipped to EU
Next PostUSAID and Trade and Industry showcase successes in NamibiaNext