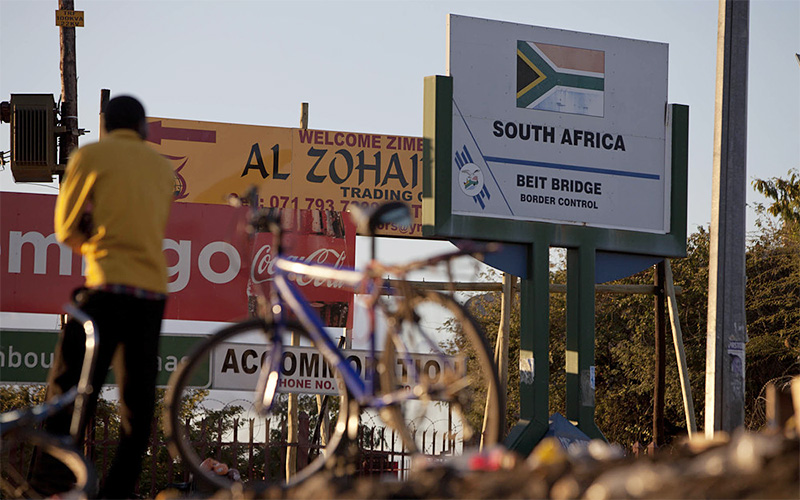 Six land-based ports of entry have been identified to be the first forerunners of one-stop border posts, which will see the BMA deploy personnel, information technology systems and intelligence and information sharing systems to improve the efficiency of immigration and the movement of goods.

The top six commercial ports identified for redevelopment with a view to implementing one-stop border posts are Beitbridge to Zimbabwe, Lebombo to Mozambique, the Maseru Bridge and Ficksburg posts to Lesotho, Oshoek to eSwatini, and Kopfontein to Botswana, he says.

The model, called juxtaposed, that South Africa will pursue uses separate infrastructure on either side of the border, but with staff from each of the countries working in both facilities, enabling goods and people to be cleared for exit from a country and entrance into another through a single border post office, rather than on each side of the border.

“We are not currently doing border management in the twenty-first century. One of the six workstreams currently under way deals with information and communication technology, with the aim to identify the various technologies deployed by national departments and what systems they are using. This view is to integrate the systems and ensure they can interface to support and facilitate the processes of border control,” Masiapato says.

One of the key objectives of one-stop border posts is to reduce waiting times. In terms of clearance, the workstream is developing the core systems to be deployed and used alongside South Africa’s immediate neighbours to clear goods and people.

The policy position was approved by Cabinet during the 2021/22 financial year. In the current financial year, the legal teams are developing the one-stop border post legislative framework with the intention to table the Bill in the upcoming financial year, he says.

“They are helping us to develop an operating model, and, as South Africa, we can then synchronise our systems to move as speedily as possible to one-stop border posts. Once we have these smart border posts and systems in place, it will simplify trade with other countries and advance trade facilitation between countries in the region and with the African continent,” he says.

Several of South Africa’s neighbouring countries are landlocked and rely, at least partially, on South African ports for their imports and exports.

“The BMA and one-stop border posts are aimed at facilitating trade along our corridors. Much of our neighbours’ imports and exports are done via the Port of Durban, and we have also seen an acceleration in the use of the Lebombo border post after Mozambique upgraded the Port of Maputo to handle more cargo,” he says.

Further, the BMA and the South African Revenue Service will be able to undertake preclearance of goods off-port, and BMA personnel, or border guards, will be deployed to where the preclearance needs to be done, with all relevant customs, agricultural and health inspections and processes carried out.

“Once clearance has been done, a vehicle or consignment will not have to be stopped again for inspections, unless our intelligence indicates a potential risk that we need to investigate,” he says.

“This will help to strengthen detection, such as of counterfeit goods or underdeclared consignments, and enable the deployment of personnel according to identified risks, as well as support the management of freight along corridors and improve and accelerate immigration controls,” Masiapato says.

The aim is to allow various elements of border control to function as a single unit. The BMA technical committee worked with the Road Traffic Management Corporation during December to manage the N1 corridor, which involved pre-port activities and the monitoring and management of trucks along the corridor, as part of operational trials, he says.

“Our operating model involves all stakeholders along the corridors, such as weighbridges and road concession companies, to enable us to know how many trucks are on the way to our borders from our ports and centres of production,” says Masiapato.

This allows for border staff to be aware of incoming trucks, as well as enabling the BMA to manage traffic throughout the corridor, such as by allowing truck traffic to build up at weighbridges, attenuating traffic along the corridor and reducing a build-up at borders.

Additionally, the BMA has started engaging with the freight and trade transport industry. Also during December, the BMA asked transporters not to send their trucks to the Lebombo border post on December 23 and 24, as it would be prioritising people crossing that border post.

“We explained that their trucks would likely be delayed during those days, but asked that they please send their trucks starting from the 25th, as most people would have crossed the border by then, thereby saving them money and reducing congestion at the post,” he explains.

The BMA is being established from five departments, namely Home Affairs; Forestry, Fisheries and the Environment; Agriculture, Land Reform and Rural Development; Health; and the South African Police Service (SAPS).

It is also envisioned that all personnel in the various departments involved in border management and control will be transferred to the BMA, including from the SAPS border policing component. The BMA will then become the third law enforcement agency in South Africa.

The process of identifying legislation from each department that is relevant for border management and control and to effect immigration laws is advanced, and the final report is currently at the office of the Chief of State Law Advisers for review and constitutional scrutiny, Masiapato says.

This is to ensure the authority is legally empowered to carry out the border management and control functions on behalf of the departments, he explains.

“Once the office of the Chief of State Law Advisers provides its report, it will be for the President to issue a proclamation transferring the functions from the mother departments to the BMA. The legal workstream is also helping to develop regulations which are critical for the full implementation of the Border Management Authority Act,” he said.

Additionally, the BMA is the implementing authority for the various functions from the mother departments, which in turn retain their policy and law making responsibilities, Masiapato concludes.

Subscribe to our digest
Tweets by forward_trade
PrevPrevious PostClearance of hundreds of containers of southern African oranges is uncertain, warns citrus growers body
Next PostNamibia: Traders urged to use customs advance rulingsNext