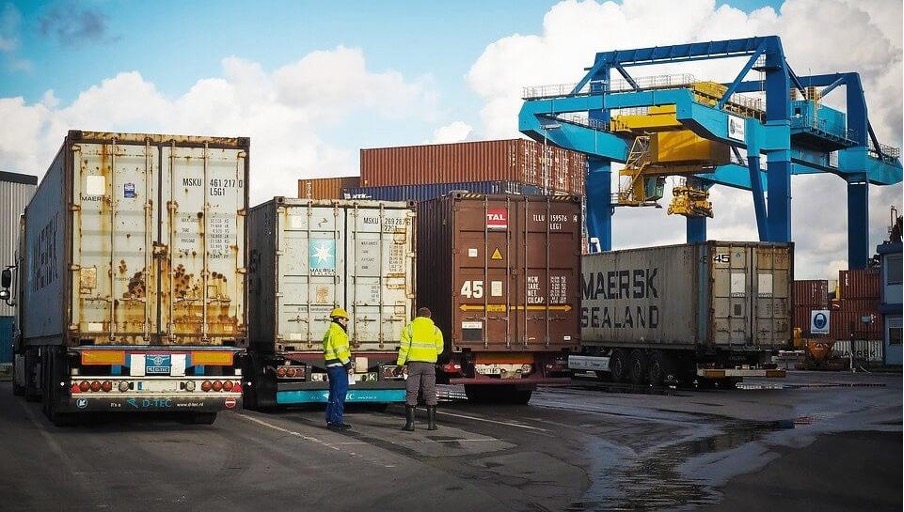 Disruptions as a result of the Covid-19 pandemic and the associated measures implemented by governments around the world to stem – and manage – the impact of the pandemic have been felt by businesses and consumers the world over. While lockdowns and business restrictions have been in force in most parts of the world, the asynchronous manner in which these restrictions have panned out – and continue to occur – has led to significant impacts on international logistics networks.

Importers and exporters have had to endure less frequent and less reliable shipping schedules, reduced shipping routes, bottlenecks in the clearing of goods through various ports, the unavailability at times of suitable shipping containers and declining port efficiencies, especially where ports were already operating sub-optimally prior to the pandemic. As if these factors were not enough, the war in Ukraine has thrown a further spanner in the works, leading to shifting supply and demand patterns for internationally traded goods, further exacerbating an already challenging situation.

One of the major impacts of these developments is that international logistics have become more complex, and far more costly. Traders in developing countries are often more affected than others by this price inflation in shipping and logistics, as when global demand outstrips supply, shipping capacity tends to focus on the more lucrative and trade-heavy routes, where the relatively stronger economies are seeing a much more rapid increase in business and consumer demand, and increased demand for trade services. Port congestion in major ports of North America and China, for example, leads to upward pressure in prices and lowers the availability of containers and ships in other routes and markets. These issues have global knock-on effects.

While the costs of international logistics in efficient supply chains have traditionally made up a relatively small portion of the overall cost of a product at its final destination, the scale at which shipping costs have increased over the past two years means that price inflation from higher shipping costs will be transmitted increasingly strongly to businesses and end-consumers.

Exporters in Southern Africa are not shielded from these developments and may well be bearing much of the brunt of it. This shines the spotlight on the range of preferential market access arrangements that Southern African countries enjoy, not only internationally, but also to regional African markets. The opportunity to export duty-free to numerous foreign markets is an obvious source of competitiveness for exporters here, but also mitigates – to an extent – the increased logistics costs compared to exporters that have fewer international trade preferences available.

The current high costs and volatility around containerised trade to far-flung global destinations means that Southern African exporters should continue to take stock of the market opportunities offered by preferential trade arrangements, and the competitive benefits of being able to ship goods to many countries on a (mostly) duty-free basis.

Moreover, many of these opportunities are much closer to us, and should not be overlooked: many African countrieshave fast-growing emerging economies that offer lucrative opportunities to regional exporters, and may be an important consideration that also avoids costly international sea freight.

Here we provide a brief overview of some of the markets that exporters in Southern African countries have preferential market access to, or are expected to have such preferences shortly (under the AfCFTA). An important requirement for international and regional exports under any preferential trade arrangement is always that the goods must originatein the exporting country. The Rules of Origin (RoO) – these differ for each destination market – indicate what it takes for a product is considered an ‘originating product’: this applies to of course to products that are wholly produced in the exporting country, and when imported materials are utilised in the production process, what local processing is required to confer local origin status.

See a selection of related Knowledge Guides relating to exporting on the TFSA website at this link.

The EPA between the SACU countries – the Southern African Customs Union member states plus Mozambique – and the UK, gives Southern African exporters duty-free access to the UK market for all products except for arms. The agreement has been in force since the start of 2021, following the UK’s decision to leave the EU, and ensured a smooth transition for traders given that the UK would no longer be part of the SADC-EU EPA. For South African exports to the UK, tariffs have been abolished on 96% of all goods, with reduced tariffs on a further approximately 3% of trade. In return, 74% of the UK’s exports to the SACU+M are duty-free, with reduced duties on a further 12% (in the case of SACU). Tariff rate quotas exist for certain agricultural products when exported by South Africa to the UK.

The EU-SADC EPA offers Southern African countries preferential access to the EU Member States (27) on very similar terms to that of the EPA with the UK. For the SACU countries and Mozambique (with the exception of South Africa), this means duty and quota free access for all products apart from arms, and for South Africa, almost 99% of trade is duty-free. Tariff rate quotas exist for certain agricultural products and are applicable to South African exports.

The EU – SADC EPA has provisionally applied since the end of 2016, and for Mozambique, since February 2018. The EPA replaced a previous bilateral trade agreement in place since 2000 between the EU and South Africa (and by extension, the SACU Member States), and the Cotonou Agreement (applicable to Mozambique’s preferential access to the EU).

AGOA offers the SACU+M countries duty-free access to the United States market in approximately 6,500 tariff lines, since May 2000, significantly extending preferences available under the country’s Generalized System of Preferences (GSP). The GSP is currently suspended, meaning that AGOA preferences are particularly valuable. AGOA does not offer quota-free access to the U.S. and in some cases, quantitative restrictions apply (after which duties become applicable, even for SACU+M countries). Most non-AGOA tariff lines are duty-free already (MFN basis), leaving only a small percentage of products potentially subject to U.S. import duties. AGOA is currently set to expire at the end of September 2025.

A number of countries have GSP arrangements, which provide developing countries including SACU+M with preferential access to their market. GSP programs are maintained by inter alia Canada, Australia, Japan, New Zealand, Norway, Turkey and Iceland. GSP schemes tend to have different rules of origin requirements and product coverage, and a claim for preferential market access must be supported by the harmonised Form ‘A’ certificate of origin to demonstrate the qualifying origin status of a product.

The SADC FTA comprises 16 Member States in Southern and East Africa, of which 13 are party to the regional preferential trade area. The SADC FTA has abolished import duties on more than 85% of all traded goods, subject to goods originating in a SADC FTA member state (and meeting the rules of origin criteria).

SACU comprises Botswana, Eswatini, Lesotho, Namibia (BELN) and South Africa, which together form the oldest customs union in the world (created in 1910). Being a customs union has two important implications for regional exporters and importers: (a) intra-regional trade amongst the member states is free of standard customs tariffs(and therefore also not subject to rules of origin requirements), and (b) a common external tariff regime applies to any imports from outside of the bloc. This means that, for example, the same import duty applies whether goods are imported into Namibia or into Eswatini or South Africa. Exporters may freely trade their goods throughout the SACU region while importers of goods and materials are all subject to the same import duties, irrespective of where they are.

The AfCFTA is an ambitious continental initiative that is in the process of creating the world’s greatest preferential trade area, bringing together the entire African continent (54 countries have signed the agreement, with only Eritrea not having signed). The vast majority (80%) of African countries have also ratified the agreement (43 as of June 2022), although the agreement formally entered into force in May 2019 once the required minimum 24 countries had ratified it. The official start of (preferential) trade under the AfCFTA was January 2021, the same date that the UK – SACU+M EPA preferences began.

However, actual preferential trade has not begun yet, but this is (hopefully) not far away. A small percentage of rules of origin must still be negotiated, as well as some tariff offers. How does the AfCFTA compare with the SADC Free Trade Area in offering southern African countries new opportunities?

The AfCFTA does not replace existing trade regimes, and the SADC FTA (and its tariff schedules, and rules of origin) continue to apply to trade amongst the SADC FTA member states alongside the AfCFTA regime. However, the AfCFTA significantly broadens the opportunities for Southern African exporters by now also offering preferential market access to the rest of Africa. This means that the six SACU+M countries not only enjoy preferential market access within the SACU bloc (free circulation of goods) and to the SADC FTA member states, but to new markets elsewhere on the African continent as soon as the last negotiations have been completed.

A continent of new opportunities awaits!