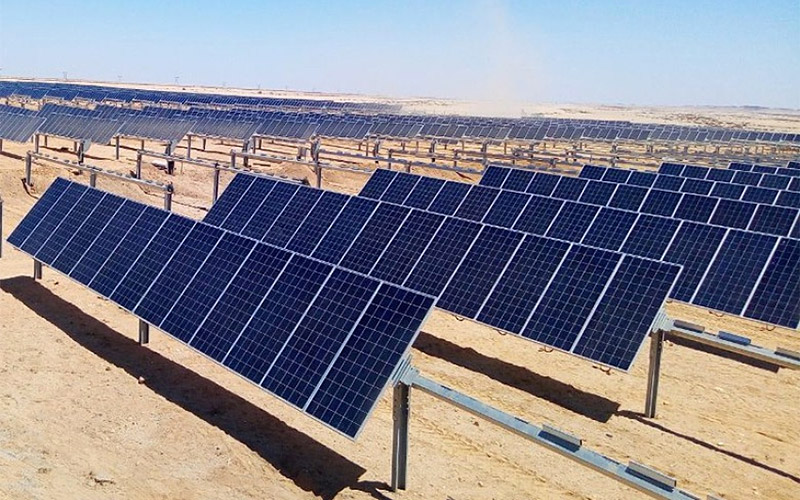 The Khan Solar project was launched by Alpha Namibia Industries Renewable Power Limited (ANIREP), about 45 kilometres outside Usakos in the Erongo region. The 20 Megawatt (MW) solar plant, once completed, is expected to feed into the national grid with electricity that can power at least 18 500 homes or three small towns. The project is also expected to generate about 400 jobs for local residents during the construction phase.

ANIREP managing director Iyaloo ya Nangolo said during the launch that this is a significant achievement as the project is wholly-owned by Namibian entities, and will be delivered using Namibian companies and local expertise, while at the same time addressing the electricity dependency on South Africa as well as carbon emissions.

“Whilst Namibian generation capacity is growing, we are still relying heavily on our neighbours for a significant portion of our power. However, by focusing on producing our own renewable energy, in time we can become self-reliant for our energy needs, with the prospect of eventually exporting power to our neighbouring countries as well,” he observed.

At present, only 57% of the country’s population has access to electricity.

He said ANIREP, as one of the stakeholders in the project, and others in the country are working on increasing the commercial installed renewable energy generation in Namibia from the current 150MW to 760MW by 2025.

Also speaking at the launch, NamPower managing director Kahenge Haulofu emphasised that the project will contribute significantly towards the realisation of NamPower’s increased generation capacity.

“The Khan Solar project forms part of our line ministry’s decision of 2018, which outlines new generation plants to be developed by NamPower and independent power producers,” he explained.

Mines and Energy minister Tom Alweendo said in a speech read on his behalf that “we cannot reach our goal if we don’t have access to electricity, coupled with affordability and clean energy. Hence, initiatives such as this play a massive role in reaching our goal”.

Subscribe to our digest
Tweets by forward_trade
PrevPrevious PostNamibia: Grassroots to benefit from green hydrogen
Next PostGrowing small-scale farming and enterprise potentialNext