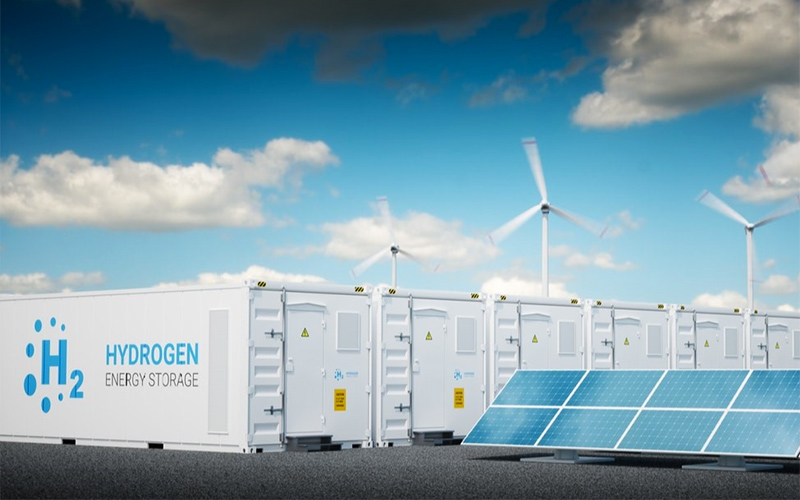 Energy minister Tom Alweendo assured the world that Namibia is by all means considering to put the Namibian community first in reaping benefits from the new burgeoning industry of green hydrogen. He made these remarks on Tuesday in Berlin, Germany at the Berlin Energy Transition Dialogue 2022.

“We don’t want a situation where we have green hydrogen sites all over, displacing some people or making some communities worse off. People in the producing country have to feel and benefit from this resource for them to embrace what has to be done,” said Alweendo.

According to him, what differentiates producers in benefiting from such a resource is the degree of policy frameworks that ensures transparency and certain standards in the host country, and not only the existence of the resource itself.

Alweendo formed part of a panel discussion focusing on resetting global energy relations. The panel comprised ministers and policymakers from countries that aim to be exporting hydrogen, such as Uruguay, Colombia, India, Tunisia and Germany.

He told the panel that Namibia is one of the lucky countries that have world-class resources like wind and solar to drive the hydrogen generation ambition.

“Geographically, this put us as frontrunners in hydrogen assets. What we need now is to find the export markets. We have signed memoranda of understanding with different countries to make sure we transform words into actions in this regard,” Alweendo stated.

He added that there is no need to be competitors in the industry, but instead to try and learn from each other to make the hydrogen dream a reality.

“We do not want to be competitors with our neighbours. We need to be collaborators in the sector for us to make this industry stable and successful,” the minister stressed.

At the same event, an executive member of the board of directors of Climate Alliance Germany, Christiane Averbeck, advised countries like Namibia to make sure that sustainability criteria are considered for the country not to run into risks such as conflicts over water use, land grabbing and human rights violations.

“We fear corruption could come into play in this new sector and ruin the whole sector. Renewable power plants that are going to be established should not contribute to crises, but should assist your countries. You need to make sure people have energy, and not export all of it,” she urged.

Averbeck said ministers should also not only go for economic interests, but also consider those on the ground, as “your actions might add challenges to your decisions”.

Meanwhile, Alweendo signed a Joint Declaration of Intent (JDol) with the minister of Economic Affairs and Climate Action of the Federal Republic of Germany, Robert Habeck.

The two ministers have agreed to collaborate on accelerating the development of Namibia’s green hydrogen ambitions. This is as Namibia has agreed to assist Germany in their energy transition, as it weans itself from an over-reliance on Russian oil and gas.

Habeck expressed a desire to visit Namibia in November with a business delegation after further work has been executed in accordance with the JDoI.

He added that he will work on mechanisms to aggregate German demand for Namibian green hydrogen, provide greater visibility for possible off-takes, and work with Namibia to reduce the cost of capital for the related capital investments.

The recent signing also promotes cooperation between the signatories for the production, processing, application, storage and transportation of green hydrogen, as well as the joint marketing and support of projects by private sector actors in both countries.

Subscribe to our digest
Tweets by forward_trade
PrevPrevious PostTeaming up for Southern African Women in Trade
Next PostNamibia: N$300 million solar plant launched At UsakosNext