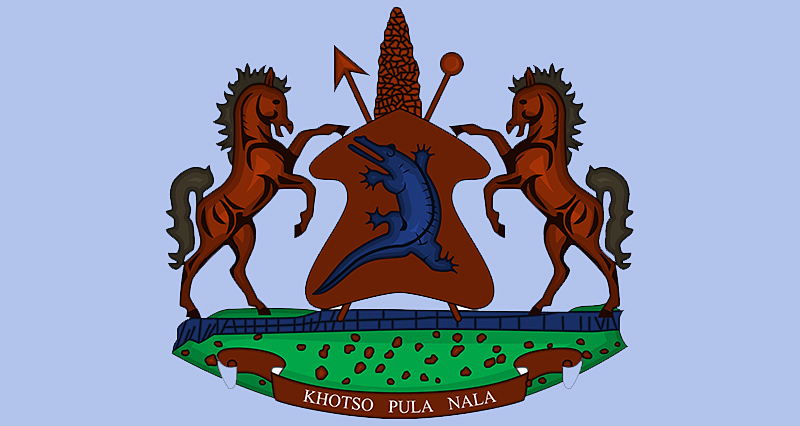 Delays in obtaining information on goods classification, applicable duties and taxes will now be a thing of the past.

This, follows the government’s decision to launch the e-Customs Tariff, the launch was held in Maseru on Friday.

On behalf of the Minister of Trade and Industry, the Deputy Principal Secretary (DPS), Mrs. Tšireletso Mojela said trade and customs play an interlinked and critical role in creating conditions for economic development across frontiers.

She said both the Ministry of Finance through the Lesotho Revenue Authority (LRA) and the Ministry of Trade and Industry have a huge responsibility to facilitate trade hence making a real difference in people’s lives by helping to deliver jobs, growth and development that trade supports.

She said the government of Lesotho undertook accession to the Trade Facilitation Agreement in 2016, saying LRA remains an integral arm for the country to implement the agreement as Lesotho is an inevitable partner in this journey.

Moreover, Mrs. Mojela said WCO through the Revised Kyoto Convention forms the basis for several provisions of the World Trade Organisation (WTO), Trade Facilitation Agreement (TFA), saying the organization provides support to the technical assistance agenda on trade facilitation, through the agreement the Mercator Program and several other instruments.

She said the WCO and WTO have ensured that implementation is directly linked to the capacity of the country to do so and this ensures a more dynamic approach.

On the other hand, she expressed gratitude towards the European Union, saying she is impressed by the EU’s unwavering support for the government initiatives under all economic conditions.

She said their collaboration has continued unabated and they have maintained a presence in Lesotho in the face of almost insurmountable challenges including the latest health scourge of COVID-19.

She said as the country navigates means toward economic recovery, the EU is still standing with them, stressing that it is the Minister’s assurance and his ministry’s commitment that the EU’s efforts will not be in vain but will provide a leap forward for the country in prospects for growth and development as they walk side by side with LRA in ensuring that online customs tariff tool is implemented without any hindrances.

Mrs. Mojela said with the EU’s support, they are working together to build links between countries around the world to help business leaders to connect and do business with each other more easily, noting that this can ultimately be as valuable as any economic measurement.

She further said under this program, emphasis is put on coordination with development partners to accommodate members’ needs.

She said WCO and the like-minded international organisations come knocking at the doors of our development partners for assistance on their behalf, saying they have never been turned away, and as Lesotho we remain extremely grateful for such gesture.

In conclusion, she stressed the government’s full commitment to continue to build international trade networks which enable businesses to fully benefit from the resultant opportunities.

She said the Ministry of Trade and Industry will continue to work with national bodies such as the Lesotho Coordination Committee on Trade (LCCT), the National Trade Facilitation Committee (NTFC) and other key stakeholders to support initiatives such as the e-Customs Tariff being launched.

Also speaking, the LRA acting Commissioner-General, Mr. Obet Nete said the nexus between trade and customs is key in creating a favourable and positive environment for the implementation of the Trade Facilitation Agreement, saying it is no longer an option but an imperative for countries to coordinate and align implementation of initiatives in line with the agreement.

Mr. Nete said collaborative cooperation plays a catalytic role in individual success, saying LRA is therefore impressed by the efforts of all of their partners and guests in this regard.

He said the Ministry of Trade and Industry has continuously supported their mandate in a considered and consistent manner over the years, therefore thanked them for invaluable insights into the art and science of trade regulation which the country is seeing through this e-Customs Tariff Platform.

He said LRA appreciates the cooperation and productive networks they have built with their key strategic and development partners, saying their very invaluable support has given birth to the valuable tool that the country sees, enabling their progressive reach and impact on the trading environment.

He noted that the utmost appreciation goes in particular to the WCO who tirelessly assist not only Customs but revenue authorities through capacity development that assisted them to deal with issues that cut across organisational boundaries and in the current era to break away from traditional ways of working to service offerings that are outward-facing less hierarchical and more agile.

He said WCO support has made a demonstrable step in keeping with this year’s theme ‘Scaling up Customs Digital Transformation by Embracing a Data Culture and Building a Data Ecosystem’.

“Our Online tariff platform will now enable us to indeed apply innovation to our border processes,” he said.

He concluded by saying that the e-Customs Tariff is one of the many building blocks toward realising this ideal and it is also an indication of the usual, saying to every cloud, there is a silver lining the brighter side of the COVID-19 pandemic has been for LRA, the use of technology which is the technology we see in recent years.

The Southern Africa Customs Union (SACU) Representative, Mr. Thuto Mathetsa congratulated LRA for launching e-Customs Tariff, acknowledging the financial support provided by the EU as well as WCO for their technical support hence making it possible for their member states to make this huge achievement.

Mr. Mathetsa commended front liners of international trade for the work they do as they are the ones who facilitate trade across the borders of their countries.

He said LRA plays an important role in the collaboration that the country has in SACU for tariff matters.

Representatives from the EU delegation and WCO all lauded LRA for the initiative, saying this e Customs Tariff is user-friendly and can be easily accessed online.

e-Customs Tariff is an online service available on www.LRA.org.ls. It reduces delays in obtaining information on goods classification and applicable duties and taxes.

Subscribe to our digest
Tweets by forward_trade
PrevPrevious PostNamibia trade ministry to host AGOA capacity building workshops
Next PostKnowledge Guide: Certificates of Origin and Origin Declarations in the EPANext