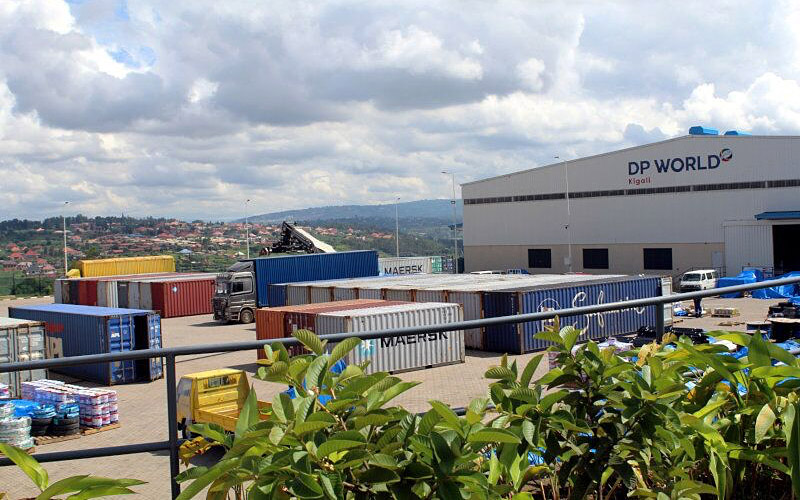 Africa’s network of inland container terminals – or “dry ports” – is expanding rapidly, part of a continental effort to speed up the flow of cargo between sea and land and address logistics challenges, particularly for landlocked countries.

In early April, Cameroon’s government announced it would spend 1.3 billion CFA francs ($2.36 million) for the construction of a dry port in the town of Ngaoundéré, located in the northern part of the country. The move is just the latest in a growing trend that is helping ensure that landlocked countries are well served by far away seaports and which stands to improve the continent’s logistics substantially.

Harbour congestion – often blamed on corrupt harbour officials and a lack of space at older port facilities – has been one of the biggest impediments to economic growth in Africa, so land ports are being viewed as a solution. No longer are containers held for weeks before being released to continue their journeys; they are now delivered immediately to inland “dry port” container terminals where more efficient customs officials release them for onward delivery.

The Ngaoundéré dry port is being purpose-built on 200 hectares of land secured to implement the project. During a trip in the region, the Cameroonian minister of transport Ngalle Bibehe said that on completion of the Ngaoundéré facily, a second dry port would be established in the town of Garoua, which is further north.

According to Rotimi Amaechi, Nigeria’s minister of transportation, dry ports are becoming key enablers in African trade infrastructure. Dry ports “bring shipping activities closer to shippers in the hinterland and increase cargoes throughput; act as a catalyst for improved trade flows; boost inland trading, revitalise export of agricultural products thus leading to multi-product economy; create employment opportunities that would ultimately stem rural-urban migration and act as a source of internally generated revenue to the host state as well as a revenue source to the federal government,” he said during the unveiling.

During the centuries of trans-Saharan trade, prior to the colonial period, Nigeria’s cities of Kano and Kaduna were prosperous and dynamic African entrepots. Improved logistics offer them an opportunity to become so again, according to Ganduje.

Dry ports are container intermodal terminals that are located inland away from the sea, and that are connected to a near or distant seaport by road and rail. The term “intermodal” refers to the combination of two modes of transport that are road and railway. As in a regular port, inland container depots or ICDs handle and store cargoes that enter and leave.

The growth in dry ports is not only a West African phenomenon; in 2019, Rwanda inaugurated its ambitious Kigali Logistics Platform serving not only Rwanda but Uganda, the Democratic Republic of Congo and Burundi through connections to the seaports of Mombasa in Kenya and Dar es Salaam in Tanzania. Located in Masaka, an area in Kigali’s suburbs, the $35 million facility spans more than 130,000 hectares, housing a 12,000-square metre container yard and a 19,600 square-metre warehousing facility.

“The approval of our Komatipoort facility as a bonded container depot is a ‘game changer’ for the Maputo corridor. This means that international container imports landed in Maputo port and destined for the South African hinterland, can now be moved under bond to Komatipoort, where full customs clearance can be provided and made ready for delivery across South Africa,” said Christian Roeder, CEO of DP World Maputo, at the time.

Governments have been keen to engage in financing and partnerships to develop dry ports along the transport corridors, which has seen international logistics operators like Bollore and DP World investing heavily in facilities.

There are now more than 40 dry ports and inland container depots located in countries across Africa, from Algeria to Zimbabwe – more than on any other continent in the world.

The Dosso dry port in Niger, located on the Dori (Burkina Faso) – Cotonou (Benin) corridor, or the Bobo Diolasso dry port on the Dori (Burkina Faso) – Abidjan corridor are examples of the potential for dry ports to improve trade, while Chad is expected to benefit significantly from the dry ports projects in northern Cameroon, as the vast but landlocked country is totally dependent on its neighbour’s Douala seaport for imports and exports.

Landlocked countries are also inking deals with their neighbours to operate dry ports near their coastline. Apart from three dry ports operated in Botswana (Gaborone, Francistown and Palapiye), Botswana Railways also operates the Botswana Dry Port at the Namibian port of Walvis Bay, allowing the country the benefit of a direct link to the sea.

In August 2021, Ethiopia finalised the construction of its eighth dry port in Wereta, northern Gondar, Amhara Regional State. The $3 million facility was built to ease trade with neighbouring Sudan. Nigeria plans to build six more dry ports across its territory.

The political momentum behind logistics developments like dry ports has grown substantially after the commencement of the African Continental Free Trade Area (AfCFTA) in January 2021. The agreement is expected to substantially boost trade between African countries.

Source Article: How we made it in Africa