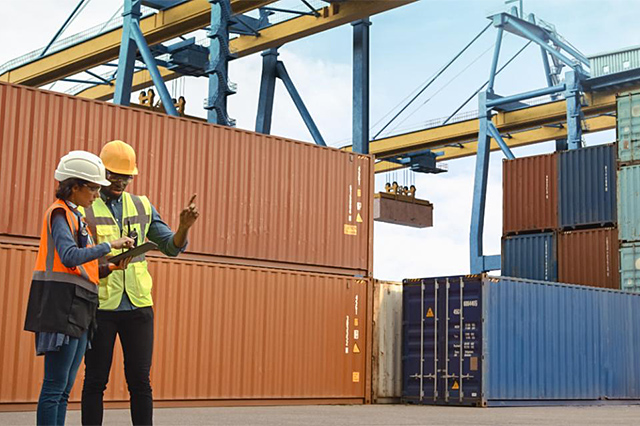 The African Continental Free Trade Area (AfCFTA) will boost intra-African trade by around 40%, with substantial benefits to the transport sectors, according to the latest estimates by the Economic Commission for Africa (ECA).

ECA’s estimates on investment opportunities in the transport sector as a result of full implementation of AfCFTA were released by African Centre for Statistics and Private Sector Development and Finance Division at the Commission’s 6th webinar for Ministers of Finance of African Member States on 7 April in Addis Ababa, Ethiopia.

“The price watch report has not only looked at the headline of inflation figures but also at the contributing factors to these inflation figures that will inform the policy elements to contain inflation on the continent,” said Vera Songwe, the United Nations Under-Secretary-General and ECA’s  Executive Secretary.

The transport sector she said is important for implementing AfCFTA but is affected by inflationary pressures that are compounded by the ongoing Ukraine crisis.

While presenting the findings, Robert Lisinge, Chief, Energy Infrastructure and Services Section in the Private Sector Development and Finance Division of the Commission said if AfCFTA is fully implemented intra-African trade in transport services has the potential to increase by nearly 50%.

“In absolute terms, over 25% of intra-African trade gains in services would go to transport alone; and nearly 40% of the increase in Africa’s services production would be in transport,” said Mr Lisinge.

He said that the anticipated increase in imported used vehicles may compound Africa’s road safety and environmental challenge.

Road deaths are disproportionately high in Africa while the cost of crashes is estimated at between 1 and 5% of GDP. The report indicates that regulations are required to prevent influx of used vehicles that are not roadworthy. Upgrading of infrastructure is also required to attract investment in transport equipment.

“Transport contributes significantly to Africa’s economies by more than 5% of value addition in over 20 countries. Significant transport share in services imported and exported stand at least 20% in 44 and 15 countries respectively,” noted Mr Lisinge

“Cost of equipment required by different transport modes to cope with AfCFTA estimated at $411 billion. Fluctuations in transportation and construction prices may hamper renewal of Africa’s transport fleet and upgrading of critical infrastructure links.”

The report shows that Africa’s aviation industry requires financial support, recorded revenue loss of $ 8.2 billion in 2021. Significant transport share in service imports in 2010 and 2020 (%): More than 20% in at least 44 countries.

According to Mr Lisinge, perception of transportation as a major constraint may repel investors from African countries. Fluctuation in transport prices may affect demand for vehicles and increase trade costs.

Oliver Chinganya, Director, Africa Centre for Statistics (ACS) said the Ukraine crisis is likely to have an adverse effect on fuel prices which will in turn increase the cost of transport on the continent for both #people and foodstuff.

At a media briefing held on March 6, ahead of the finance ministers meeting, the (ACS) director recognized the importance of collaborating with media on ensuring the full implementation of AfCFTA.

“We acknowledge the media for their keen interest in covering AfCFTA matters and for their continuous support in creating awareness on AfCFTA implementation matters,” noted Mr Chinganya.

Based on the report findings, ECA is recommending that countries should mobilise resources for the transport sector given its importance to national economies; stabilise transport services and construction prices; implement priority PIDA projects to optimize benefits of AfCFTA; implement the Inter-Governmental Agreement on the Trans-African Highways; finance Road Safety; sign the Solemn Commitment to the Single African Air Transport Market (SAATM); fully implement the Yamoussoukro Decision on the liberalization of air transport ; sign an ratify the Luxembourg Rail Protocol to attract private sector investment in rolling stock; support the civil aviation industry.

Subscribe to our digest
Tweets by forward_trade
PrevPrevious PostSupply chain bottlenecks ‘here to stay for 2022’, goods prices to rise sharply
Next PostDry ports becoming key to improved logistics and trade in AfricaNext