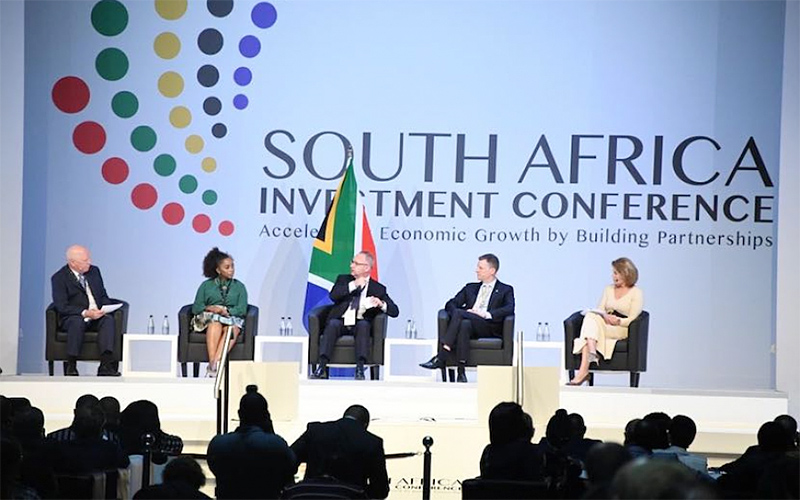 This will be highlighted at the 4th South African Investment Conference (SAIC), which is currently underway at the Sandton Convention Centre, in Johannesburg.

The conference brings together private and public sector decision-makers as they seek to showcase trade and investment opportunities in the continent.

One of President Cyril Ramaphosa’s investment envoys, Jeff Radebe, highlighted that Africa offers investors access to a market of more than one billion people with a gross domestic product that exceeds $2.6 trillion.

“Historic trade barriers are coming down and economic activities are increasingly conducted seamlessly across the continent. Africa is growing fast into an integrated investment destination,” Radebe said.

Radebe added that at the root of the envisaged growth is the African Continental Free Trade Area, which became a reality in January 2021.

The AfCFTA, which brings together 55 member states of the African Union (AU), aims to accelerate intra-continental trade and boost Africa’s standing in the global market.

“AfCFTA adds a new dimension to the 2022 Investment Conference. Now we can demonstrate the significant advantages of investing in the South African economy and how returns can be multiplied through access to a much larger market.”

President Ramaphosa, who was the chairperson of the African Union during the AfCFTA launch, has described AfCFTA as a “new beginning with increased opportunities” that it will attract more foreign direct investment to a continent with significant potential for growth.

Radebe added that AfCFTA has created a free trade area, which will eventually develop into a continent-wide customs union and facilitate the movement of capital and people between countries.

“AfCFTA symbolises the emergence of a more assertive continent, which no longer merely exports raw material and imports finished goods. The bolstering of trade ties between countries also strengthens Africa’s industrial base and opens opportunities for the continent to become more self-sufficient,” he said.

He also noted that the UN Economic Commission for Africa has estimated that it will increase intra-African trade by more than 50%.

“The recent global turmoil in the northern hemisphere has also meant that South African assets are finding favour among foreign buyers. South Africa’s stock market is outperforming, returning 3.1% in dollar terms this year compared with a 10% drop for the MSCI Emerging Markets Index.