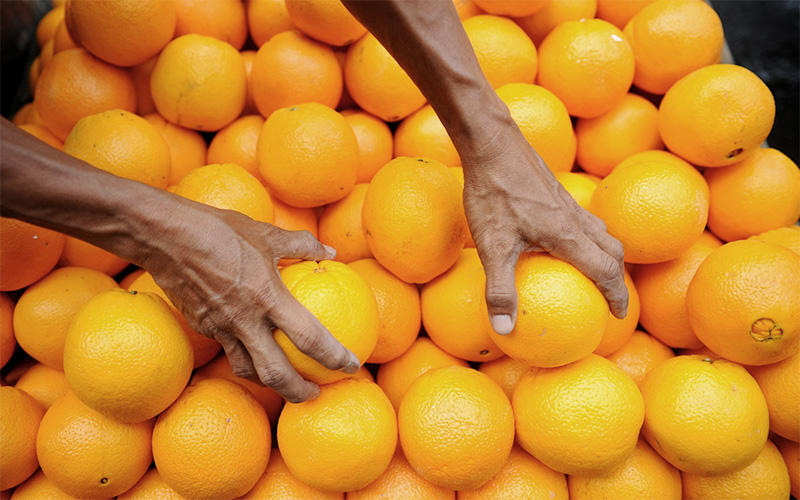 The Permanent Mission of South Africa to the United Nations and other International Organizations has written to Ambassador of the European Union (EU) to the World Trade Organisation (WTO) Joao Aguiar Machado to request consultations with the EU concerning the new regime governing the importation of citrus fruit from South Africa.

“Despite numerous objections from several other countries, including European markets that currently import South African oranges, these new regulations were published in the Official Journal of the EU from July 14.

“The fact that EU authorities attempted to enforce these new regulations a mere 23 days after publication made it impossible for South African growers to ensure their compliance, and highlights how unjustified and discriminatory this legislation is, with devastating consequences to our local citrus industry,” the Citrus Growers Association (CGA) of South Africa states.

It adds that, in terms of WTO agreements, members have agreed not to discriminate among imports from different origins, and not to impose sanitary and technical barriers to trade that are discriminatory and not based on international standards or on sound scientific evidence.

“It is clear that the EU’s protectionist FCM import measures against South Africa violate these conditions,” the CGA states.

In its request for consultations, South Africa identified 21 inconsistencies in the new proposed phytosanitary measures, against the guidelines of the WTO Agreement, which the EU is obligated to adhere to.

“These transgressions have already impacted an estimated 3.2-million cartons of citrus valued at R605-million, with reports of hundreds of containers of South African citrus being detained by authorities in the EU on arrival. Without immediate political intervention, the threat remains that these consignments will be destroyed by EU authorities.

“The local industry is still of the view that the cold treatment prescribed within the new regulations is contrary to scientific evidence, making it an arbitrary and unnecessarily trade restrictive measure and accordingly contravenes international requirements for such phytosanitary trade regulations,” the organisation states.

The CGA says it understands that the Department of Trade, Industry and Competition (DTIC), as well as national government, undertook a number of efforts to resolve this matter over a period of several weeks.

“We are aware that the process of seeking a WTO consultation was actioned when it became evident that other avenues would not prove successful to address the issue. The CGA welcomes the move by the DTIC for the lodging of this dispute and elevating it to a multilateral level.

“This crisis not only threatens the sustainability and profitability of local growers and the 140 000 jobs the industry sustains locally, but will also result in less and more expensive citrus in European supermarkets,” it adds.

The CGA says it will continue to work with all government departments and industry stakeholders to address this issue with the degree of urgency it requires and hopes to ensure all top-quality citrus exports to the EU are received and welcomed over its borders.

Subscribe to our digest
Tweets by forward_trade
PrevPrevious PostReports: South African citrus being detained on arrival in EU
Next PostNamibia looks at livestock, fish, for growthNext