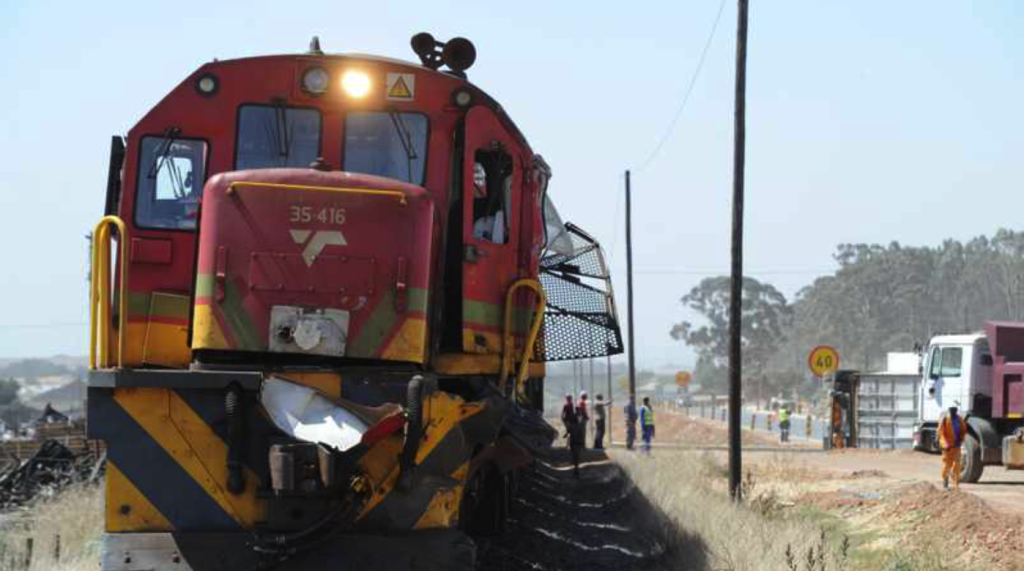 The economy waits with baited breath as the grim spectre of a lengthy industrial action unfolds over a 9% gap between Transnet and unions Untu and Satawu that is likely to halt the rail network and cause bottlenecks at South Africa’s ports to goods moving over rails and processes.

Concern has been sounded by all sectors of an economy already besieged by load-shedding over the past months, with fears rising that a protracted strike at Transnet has a telling effect on agricultural imports and exports, the motor vehicle sector and mining, among others, which are all heavily reliant on an efficient logistics chain.

“Transnet is a critical player in an export oriented sector like agriculture. So the wage negotiations are key area of interest and we hope for a resolution that will ensure that all parties are back to work soon. We need to keep the export activity going on and logistics are at the heart of it,” said Wandile Sihlobo, chief economist of SA Agbiz.

Transnet’s last offer on Tuesday, scoffed at by the unions, sees the SOE move up to 3 percent from 1.5 guaranteed pay; remained unchanged on paying backpay over the first three months of next year; and it would pay the proffered 3% at the end of this month and pay an ex gratia of R7 600, less than the R10 000 in its initial gambit.

“Though we will, we do not even need to go to our members with what Transnet calls an improved offer, it is unlikely they will agree to it because it is still ridiculous and insulting, far below the 7.6% of the inflation band, we still stand by our demand of 12%” said SATAWU’s Head of Communications Amanda Tshemese.

UNTU, with a majority of members at Transnet, began its action last night and is expected to be joined by SATAWU on Monday.

Road Freight Association CEO, Gavin Kelly said any delay or jam in the South African logistics chain will bring immediate and continuous ruin to both the credibility of the country and to the economy as a whole, and that South Africa cannot afford a strike in any of port, terminals or other facility which would give further cause for foreign investors to either refrain from investing, or to withdraw investment.

“If Transnet operations are slowed down, delayed or terminated, the cost to the economy will be immense.

Not only will there be immediate costs due to penalties for delays imposed by shipping lines, but also in the various depots and cargo holding areas, and the customers may start rejecting cargoes. Rejection of cargoes can cause financial distress to transporters and retailers alike,” Kelly said.

Investec Chief Economist Annabel Bishop said a lengthy Transnet strike would be hugely concerning, because it would be destructive for economy which relies very heavily on exports and minerals mine products that bring much needed revenue, that also contributes strongly to government revenue.

“The difference in either party’s stand on the wages brings you around 7.5% or 8%, if you are looking at a meeting of minds on average, we hope it will not have to be a lengthy strike, that is why one party comes in very high and another low so there is space for negotiations.

Bishop said there was also upwards pressure on wages globally, it was not just a South African phenomenon.

“We do find ourselves in a situation that is damaging to the South Africa’s economy, where we actually see work stoppages. That is what we saw in the Eskom strike earlier in the year, we saw that in the third quarter of this year with Eskom strike and of course there was vandalism and destruction of infrastructure as well, so the worry with the Transnet strike is that there could be increase in vandalism and damage to infrastructure, if we see Transnet workers also going on strike,” Bishop said.

The South African Association of Freight Forwarders (SAAFF), which said yesterday it was closely watching the developments, told its members in a circular it was appealing to President Cyril Ramaphosa to intervene in the wage dispute.

SAAFF said its representatives had attended an industry-wide meeting to discuss the two unions’ notices, which had indicated that wage negotiations had broken down and national strikes would commence.

“At the meeting were over 140 representatives from a broad range of port users and cargo owners, along with respective representative bodies. The meeting concluded that a strike at ports and throughout the Transnet network would have major short- and long-term consequences for supply chains and the national economy,” SAAFF said.

“It is now critical that government, at the most senior level understands such consequences and that state intervention, bearing in mind that the state is the only shareholder in Transnet, is imperative.,’ it said.