SADC has promoted women empowerment and gender equality across all sectors 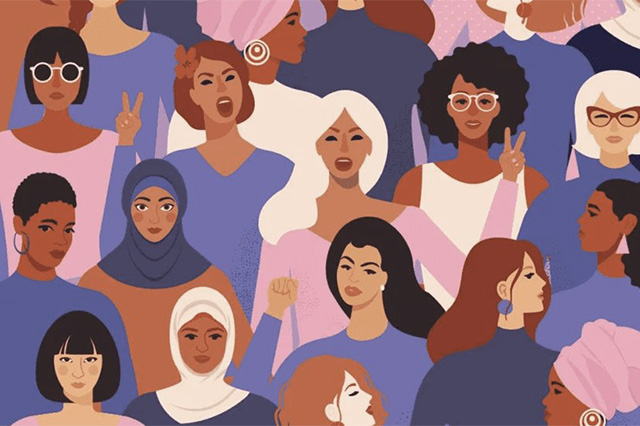 This was said by outgoing SADC Executive Secretary, Dr Stergomena Lawrence Tax, in a keynote address at a webinar on Empowering Women and Achieving Gender Equality to Date organised by the Department of Government Communications and Information Systems of the Republic of South Africa on 30 August 2021.

The webinar was aimed at paying tribute to the generations of women whose struggles have immensely contributed towards creating an enabling environment for women to prosper, and serves as a motivation for women to strive for gender equality.

Dr Tax said economic empowerment of women is central to sustainable development and poverty alleviation and that poverty eradication can be addressed meaningfully through programmes that target women, and facilitate women economic independence and reduction of exploitation, feminisation of poverty, discrimination, and disregard of women’s fundamental human rights.

She said at continental level, the African Union Assembly declared 2020 to 2030 as the Decade on Financial and Economic Inclusion for African Women. In their declaration, African leaders recommitted to scale up actions for progressive gender inclusion towards sustainable development at the national, regional and continental levels.

Information, communication and technology (ICT), she said, is among sectors where women are under-represented, and such a gender gap also exists in the digital economy that is growing very fast globally. It was therefore important to strengthen women empowerment in the ICT sector by developing national and regional initiatives that foster participation of women and girls in the ICT sector.

Dr Tax called upon SADC MemberStates to include women in the ongoing digitisation initiatives at the regional and national levels and improve the plight of women and gender equality.

It was also worth noting, she said, that gains that had been made face many challenges, such as increasing poverty, evolving forms of gender-based violence and HIV and AIDS and more recently the COVID 19 pandemic.

Women have been most affected by the economic decline resulting from the COVID-19 pandemic. Women make up the majority of those in precarious work, including the informal sector, sex workers, domestic workers and migrant workers who lost their livelihoods because of hard lockdowns that restricted movement of people.

Women are also the majority of those in the retail, food service, and hospitality sectors, some of the industries that continue to face widespread business closures.

The lockdown restrictions have once again highlighted the crisis of gender-based violence, particularly intimate partner violence. Due to service disruptions and closures, women that experienced violence have had less access to the needed support and care.

Despite the challenges, Dr Tax said it was encouraging to note that SADC recognises the important role of women in society, and that Member States have been proactively working towards equal representation of men and women in politics and decision-making positions at different levels, such as in Cabinet; Parliament, Judiciary, Public Sector, as well as the Private Sector.

The Region’s commitment to addressing women empowerment and ensure gender equity dates back to 1997 when the SADC Heads of State and Government, through the SADC Declaration on Gender and Development, acknowledged that gender equality is a fundamental human right and committed to ensuring the equal representation of women and men in the decision-making positions at all levels, and to full access by women to, and control of, productive resources and formal employment.

In this regard, SADC Member States undertook to achieve at least 30 percent target of women in political and decision-making structures by the year 2005.  Three SADC Member States, namely South Africa, Mozambique and Tanzania, reached this target within the set timeframe. In 2005 SADC Heads of State and Government raised the target for representation of women in political and decision-making positions to 50 percent in line with the AU targets.

In 2008, SADC also adopted the Protocol on Gender and Development that was revised in 2016. The SADC Framework for Achieving Gender Parity in Political and Decision-making Positions was also developed in 2009 to strengthen the implementation of the Protocol.

Since adoption of the SADC Gender Protocol, SADC Member States have made notable strides towards ensuring equal representation by women and men in political and decision-making positions at various levels, across institutions, though progress has been fluctuating.

Dr Tax said all Member States registered some achievements towards gender parity in some parts of the spectrum of governance, but the goal of reaching 50 percent representation by women in political and decision-making structures remains a challenge, adding that it is worth appreciating that significant strategic gains have been made over time.

Also speaking at the same occasion, the Executive Director of UN Women, Dr Phumzile Mlambo-Ngcuka noted that the webinar was being held at a time the world was marking generation equality in the midst of the COVID-19 pandemic.

As a result, she said, women were also flooded by unpaid care work, had no digital literacy so they lost jobs and experienced higher levels of Gender-based Violence.

Dr Mlambo-Ngcuka called on women and men to form or join institutions that address gender and equality, institution like Generation Equality Forum.

“Men need to be part of this process as they are an important part of the answers we are seeking for in gender equality, she said.

Ms Mmabatlharo Nono Dihemo, a Senior Gender Advisor at the United Nations Assistance Mission for Afghanistan, women’s rights and minority’s rights activist, advocate for gender equality and co-founder and Southern Africa Editor for Binti Afrika also spoke at the webinar, while highlighting the need to advance equality and championing for increased participation of the girl child and women in development.