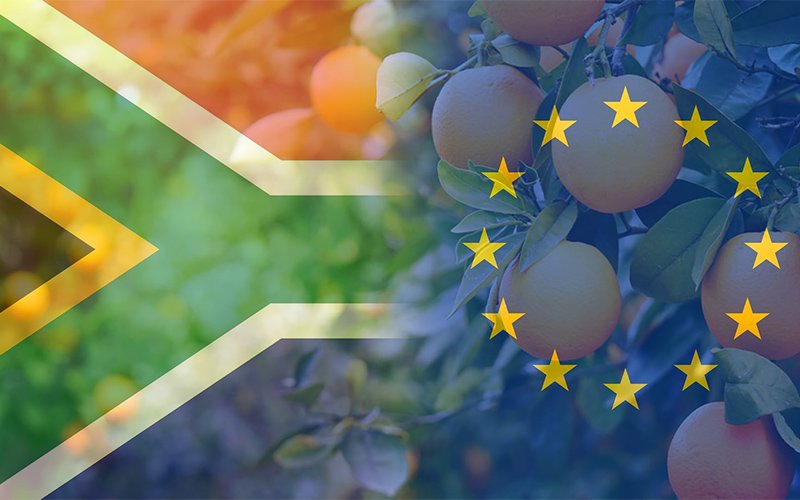 The South African government has described new requirements for the export of citrus, mainly oranges, from South Africa to the European Union as “trade restrictive” and “unjustified”.

In a statement on Monday, the Department of Agriculture, Land Reform and Rural Development said the South African government continued to engage with the European Commission (EC) on the new requirements.

The department said the publication of the new requirements occurred when South Africa was still engaged in technical discussions with the EC on the proposed measures.

The Citrus Growers’ Association of South Africa (CGA) last week raised the alarm on the move, saying the new regulations could see R654 million of SA citrus produce being destroyed as numerous shipments of fruit were already enroute to the EU, before the new regulations applied.

The regulations require that imports of citrus fruit must undergo specified mandatory cold treatment processes and precooling steps for specific periods (up to 25 days of cold treatment), before consignments are shipped, to address False Coddling Moth (FCM) interceptions.

“The European Commission (EC) published the revised Annex VII to Implementing Regulation (EU) 2019/2072 with regard to requirements for the export of citrus, mainly oranges, from South Africa to the EU,” the department said.

“South Africa recognises the sovereignty of the EC and appreciates that the EC has to take phytosanitary measures to protect its plant health and the environment. However, South Africa views the current implementation of the Regulation as not only trade restrictive but also technically unjustified.”

The department said South Africa had through numerous engagements with the EC identified critical areas of concern, including the failure of the regulation to recognise the already strengthened South Africa’s systems approach for integrated pest risk management of FCM.

“The implementation of this Regulation also brings to the fore the fairness and rationality of introducing cumbersome logistical and infrastructural requirements relating to precooling requirements during the mid-season of exports of South African citrus. Plans for these exports are concluded in advance of the export season, to which EC was made aware of on numerous occasions,” the department said.

The new regulations were published on June 21, 2022, and came into force on June 24, 2022, which implies that consignments arriving in the European Union from 14 July 2022 had to be compliant with the new regulation.

“South Africa views the implementation of such a measure within three days of its publication without considering consignments that would have left prior the publication and destined to arrive after the said date as against the spirit of transparency and also restricts adequate transitional time to comply with such a measure.

“South Africa posits that the measure as taken by the EC falls outside the ambit of an emergency measure, and therefore exploration of least restrictive measures that would result in the minimum impediment to the international movement of the South African citrus commodities and its conveyances need to be explored,” the department said.