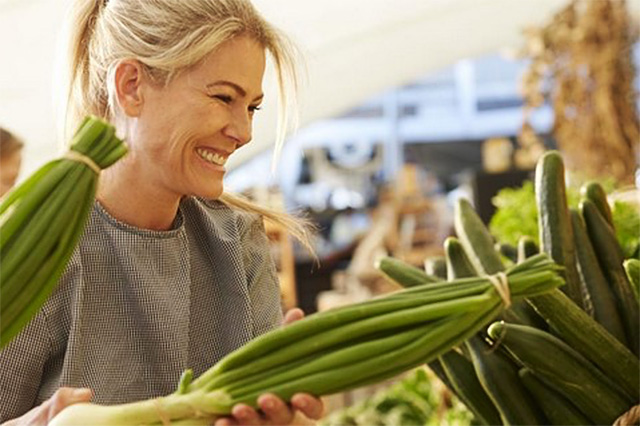 As Britain emerges from its coronavirus lockdown, firms in the UK are facing a host of challenges as they attempt to get back to business as usual. But one of the most significant issues that the pandemic has highlighted is the vulnerability many companies face in their supply chains.

For wholesale businesses dealing in fruit and vegetables, the last few months have seen major changes in terms of both demand and supply. Signs are that at least some of these changes may be long lasting. In particular, we’re starting to see wholesalers take steps to improve their supply chain resilience and diversification. We believe South Africa can play a highly important role in this process. A role that could become even more vital after the UK’s Brexit transition period comes to a close at the end of this year.

A changing market
The almost total closure of the HORECA (hotel, restaurant and café) sector as a result of the UK’s lockdown, allied to government instructions for the public to remain at home, led to a huge rise in supermarket spending with online grocery sales reaching record levels. Data insights company, Kantar, said that online sales were up 75% in the four weeks to 17 May, with almost 20% of households placing at least one order in the period.

But there have been deeper changes to the way in which food reaches consumers as a result of the pandemic. For example, we’ve seen a sharp increase in direct deliveries of fresh groceries such as the ‘On Your Doorstep’ initiative, created by the Fresh Produce Consortium. As well as a number of ground-breaking collaborations such as the tie-ups between multiple retailers and delivery platforms. These new approaches signal a change in the way food and drink wholesalers work with retailers.

Supply chain challenges
At the same time, the coronavirus pandemic has highlighted a number of vulnerabilities across the supply chains in many sectors of the UK economy, and food and drink is no exception. Britain imports around two thirds of its fresh produce, with many wholesalers having experienced problems with supply from overseas as countries in Europe and further afield have imposed lockdowns, restricted travel and the movement of goods.

Companies that have been over-reliant on a small number of producers or manufacturers are some of those that have been hardest hit. Increasingly businesses are looking at their supply chains from the point of view of resilience and diversification rather than just cost.

This change in supply chain strategy will only be amplified by the UK’s impending departure from the European Union. Although Britain has yet to conclude a trade agreement with the remaining EU member states, the current transition period will end on the 31 December 2020. After that date, tariffs and other restrictions could be imposed on imports of fresh produce from Europe.

Taken together, these two factors mean it has never been more important for wholesalers to look elsewhere in the world for new suppliers.

There are a number of key reasons why the country should be on UK food and drink wholesalers’ radar. For a start, South Africa is a world leader in fresh fruit with 90% of its produce exported to the international market. Exports of citrus fruits and grapes are strong, in particular to the European market. There is excellent growth forecast in avocado and macadamia nut production, to name just two areas. It should also be noted that, as a southern hemisphere nation, South Africa is counter-cyclical to the UK. It doesn’t directly compete with fresh produce from Europe. Another factor that can help make supply chains more robust.

By working directly with South African producers, UK companies can bypass the supply chain frictions that inevitably arise when they have to deal with the likes of distribution hubs. For example, most South African avocados are imported into the Netherlands before being forwarded on to other European nations. We’re looking at direct sourcing initiatives that can both reduce costs and improve supply chain resilience.

Importantly, the UK has agreed that the current trade deal between the South African Customs Union (SACU) and the EU should be rolled over once Brexit is complete. This will result in the creation of a free-trade area covering 90% of bilateral trade between the two nations.

We’re currently working with partners in its international trade ecosystem to build and strengthen links between UK and South African businesses.

The challenges of the current climate mean there has never been a better time for UK wholesalers to broaden their supply chain horizons and South Africa is the ideal place to start.