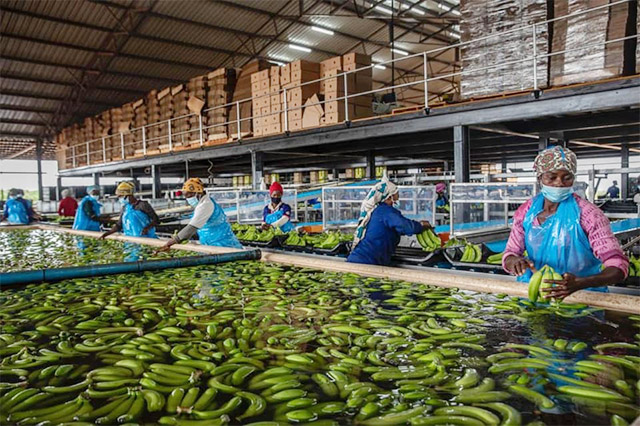 Mozambique’s climate and soil continuously attract banana producers to the country, many of them from South Africa.

Some large banana producers in particular parts of Limpopo (like Hazyview and Levubu) have exited the banana industry, taking out large tracts of bananas to replace with citrus, avocados or macadamias.

In 2018/19 South Africa produced 416,000 tonnes of bananas, reflecting a decline in banana production while banana imports have been rising since 2012 (before that year there were no banana imports).

Most bananas on the South African wholesale markets this time of the year come from Mozambique, with new producers from South Africa’s neighbour on the market floor, traders remark. One trader reckons the ratio between Mozambican and South African bananas is approximately 60:40 at the moment.

However, there is still expansion in banana plantations in South Africa, the effect of which will become visible over the next few years, FreshPlaza is told. In areas like Komatipoort, bananas remain a profitable crop, producers say.

According to the UN Food and Agriculture Organisation, Mozambique’s banana production overtook South Africa’s in 2012 and by 2019 Mozambique was producing almost 725,000 tonnes compared to 405,000 tonnes in South Africa.

However, these figures are contested. “The formal banana industry in South Africa remains significantly larger than in Mozambique and will remain so for the coming seven to ten years,” says a banana producer with considerable experience in Mozambican banana production.

The FAO data is based on imputation methodology, it notes in its data set.

There have been sufficient banana volumes, very stable volume-wise over past the two months, traders say, but the region is coming out of a cold winter which has led to higher volumes of medium-sized bananas.

As temperatures rise, production will pick up and there’ll be more large and extra large bananas.

“We’re a little bit late, usually we’d have more volumes than currently, but as a rule when temperatures increase, so do bananas.”

Demand slightly picked up as school re-open but the economy is a ceiling on banana price.

“We can see money is short,” notes a banana trader, “we can’t lift banana prices as much as usual.”