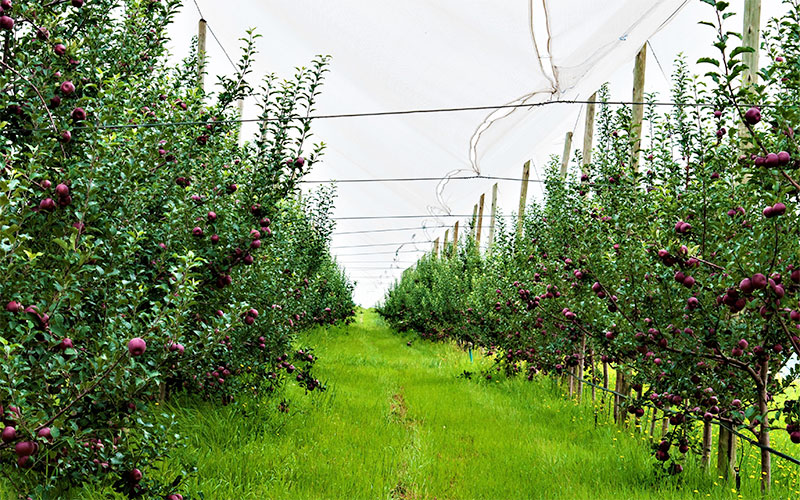 Apple growers in Lesotho have this season exported 30 bins of Top Red and Golden Delicious apples to South Africa, the first apple exports from the mountainous kingdom.

Chaba Mokuku, project manager of the programme in Lesotho, says: “The vision is exports, in partnerships with South African counterparts. We’re not interested in import substitution, we want to create a mutually beneficial environment where we can tap into existing South African expertise and infrastructure and we’re looking for private investors to scale up the project in Lesotho.”

Currently there are 41.5 hectares of apples in the western plateau of Lesotho on three Global GAP-certified farms, specializing in early varieties like Royal Gala and Panorama Golden, the first already established in 2014.

Trials with apple varieties that grow in South Africa led them to the conclusion that they can produce very high-quality fruit and some varieties of apples ripen two to three weeks ahead of South Africa’s earliest region in the Free State.

Their apples sent to municipal markets in South Africa were packed at Maluti Fruit Packers in Bethlehem, South Africa, this year.

“We’re creating a whole new industry attracting the well-established South African apple industry in terms of early-ripening volumes going into the South African and African and other overseas markets. We’re going to scale up from these three farms to, say, ten farms and this is where we need to have private investment in this, as well as establishment of packhouses and even nurseries in Lesotho.”

He notes that they have been working on security of tenure for foreign investors.

Chaba worked on the Maluti-Drakensberg Transfrontier Conservation Area before, an area of outstanding biodiversity that stretches across the borders of Lesotho and South Africa. “Political boundaries are artificial. We’re talking economy here and we need to work together.”