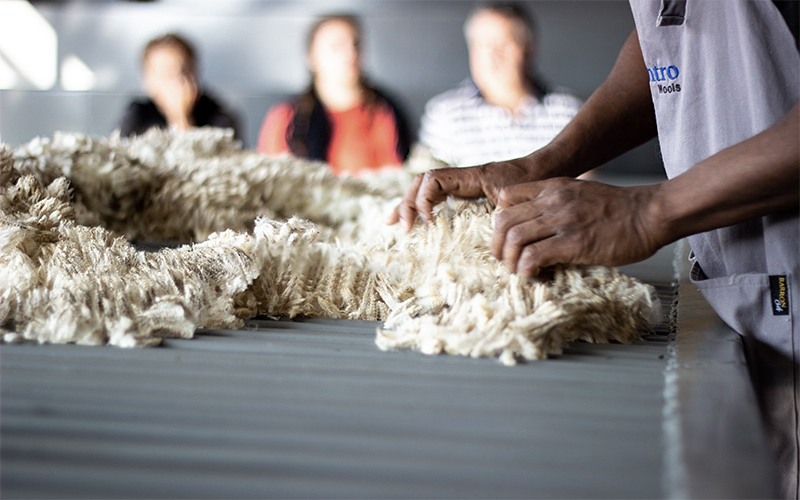 Farmers have resumed exporting their wool and mohair through the South African broker, BKB (Pty) Ltd, amid revelations that two trucks have successfully offloaded wool at the company’s warehouse in Port Elizabeth.

This follows the passing of the Agricultural Marketing (Wool and Mohair Licensing) (Amendment) Regulation 2019 No 68 in the national assembly last month and the release of the act in a government gazette of 29 November 2019.

The amended regulations allow farmers to export their produce- a right they had been deprived of when the 2018 regulations were enacted.

Government relaxed the controversial Agricultural Marketing (Wool and Mohair Licensing) (Amendment) Regulations No. 65 of 2018, that had restricted the movement of the produce outside Lesotho’s borders and only allowed for the product to be auctioned through the Lesotho Wool Centre (LWC). Controversial Chinese businessman, Stone Shi, is a significant shareholder in the LWC and the government has been accused by farmers and the opposition of enacting the 2018 regulations to give Mr Shi a monopoly in the wool and mohair industry. The government has however, argued that the regulations were meant to grow the local industry and increase the local farmers’ earnings.

The news was announced this week by outspoken wool and mohair trader Dr Mohlalefi Moteane, who himself owns one of the local wool and mohair brokerages that were given the licence to trade in June 2019.

Dr Moteane said the farmers had scored a major victory with the new amended regulations allowing them to sell their produce through whoever they chose but warned that there were more hurdles to be overcome.

“As a nation, we should doff our hats to the determination and relentless resistance shown by the farmers to corruption. Let us remember that Port Elizabeth is the international market for wool and mohair and therefore it has always been their preferred destination where they can have good returns. They (BKB) have known this trade since the 1800s,” Dr Moteane said.

Dr Moteane said even with the promulgation of the amended act, farmers were still being harassed by government for taking a strong stance against government. This was in reference to prominent Mokhotlong farmer and Lesotho National Wool and Mohair Growers Association (LNWMGA) member, Khotsang Moshoeshoe, who was recently arrested for allegedly misappropriating M13 million meant for dipping fees by members of the LNWMGA.

“This money was well accounted for and the farmers’ association was doing a good job. We are then surprised to hear that M13 million is said to be misappropriated by some executive committee members at the farmers’ association. This is just one of the ways by government to frustrate the efforts of the farmers and since the matter is before the courts I cannot comment much.

“As a way forward we are calling upon government to leave the farmers to do their job unhindered. We are also inviting all stakeholders, government included, to sit down with us as we chart the way forward. This will encourage the spirit of prosperity in business and this will benefit the whole country because wool and mohair contributes significantly to the country’s gross domestic product,” Dr Moteane said.