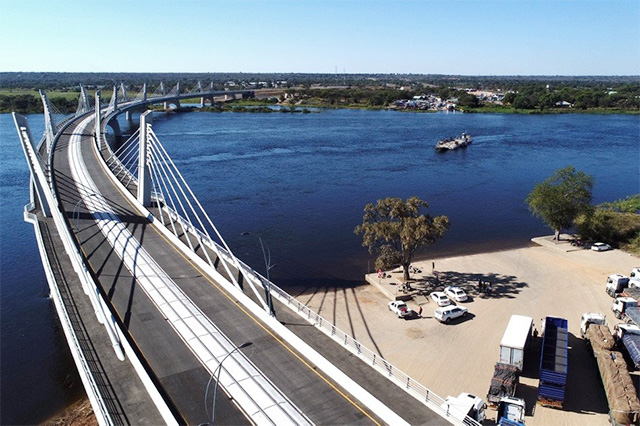 The pilot is to test the CTMS feasibility and functionalities with a view to improving it for full implementation in Common Market for Eastern and Southern Africa (COMESA), East African Community (EAC) and the Southern African Development Community (SADC). The current extent of the pilot is reflected in the  map accompanying this article which reflects CTMS deployment across sections of major regional trade corridors.

The CTMS is an initiative of the three Regional Economic Communities – COMESA, EAC and the SADC – under the Tripartite Arrangement/Framework and is aimed at facilitating safe regional trade and transport facilitation, tourism and the reopening of economies following disruptions caused by the COVID-19 pandemic.

The CTMSwas developed under the Tripartite Transport and Trade Facilitation Programme (TTTFP) in 2020 as an electronic monitoring and surveillance system to facilitate safe cross border movement of goods and persons during COVID-19 pandemic.

CTMS supports the implementation of Tripartite and SADC guidelines on the movement of goods, persons, and services during COVID-19 pandemic. In the short term, CTMS is a tool for monitoring compliance with cross border regulations and requirements introduced by Member States as COVID-19 remedial and mitigation measures such COVID-19 PCR testing and vaccination compliance. In the long term, CTMS has been developed as a primary Corridor Performance Management tool in support of the implementation of “Smart Corridors”.

It also has the officials’ mobile application that verifies registered trip and the authenticity of travelers’, drivers and crew test results and vaccination status, thus eliminating the use of  paper documents which can be forged and which are also susceptible to spreading the virus.

In addition, CTMS also comprises an officials’ management web application that monitors deviations from registered routes for road transport, provides information for corridor performance management, including a dashboard and statistical information, expected out of SMART Corridors. The attached infographic depicts the use of CTMS.

The CTMS pilot has been running on a rolling basis as Member States joined in from April 2021 and will end in March 2022 with a regional validation workshop. The validation workshop of experts from Member States will review the pilot with a view to strengthening areas of identified challenges and weaknesses before recommendations are submitted to Ministers for a decision on the rollout of CTMS across the Tripartite region.

It is envisaged that the CTMS will be deployed along the other Tripartite corridors, starting with the ones in respect of which Member/Partner States have already expressed a desire to implement.

The CTMS is one of the many outputs of the €21 million EU-funded TTTFP which is aimed at facilitating the development of a more competitive, integrated and liberalised regional road transport market in the COMESA-EAC-SADC Region. Complementary funding has been received from the Germany Government, especially for supply of CTMS equipment, its deployment at selected borders, and training of staff.

Participating Member States have supported and collaborated with TTTFP on CTMS development and deployment through a number ways such as, the purchase of additional equipment, assignment of staff and experts, waiving of duty  and taxes on CTMS equipment and through other facilitatory measures.