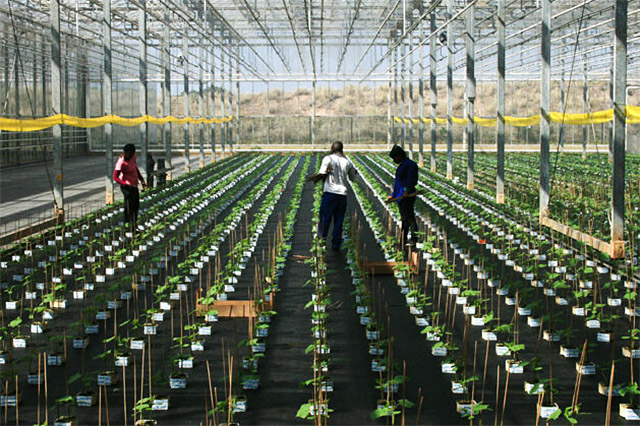 While the civil unrest of July last year, Covid-19, heavy rains and cyberattacks have contributed to backlogs at South Africa’s ports over the last two years, it has also brought about more collaboration between the public and private sectors and resulted in record exports.

South Africa’s agricultural exports hit a record high of $12.4-billion in 2021. In the last quarter of the year alone, agriculture, food and beverage exports increased by 18% year-on-year to $2.8-billion.

“The need to improve logistics efficiency and curb the deterioration of infrastructure remains a topical issue in South Africa’s agriculture sector. Farming communities and agribusinesses might work to improve productivity on the farms, but the ultimate goal for some agricultural commodities producers is to reach export markets.

“However, achieving this is not only a function of output, but also the various trade agreements that South Africa has with other countries and the efficiency of logistical infrastructure locally,” Sihlobo highlights.

In 2021, the cyberattacks at Transnet’s ports, vandalism of rail infrastructure, poor road networks across the country, which the heavy rains have now exacerbated, and inefficiencies at the ports at various periods were the key risks to South Africa’s agricultural export drive.

The agriculture and agribusiness industry has since firmed its relationship with Transnet to focus on the short-term challenges of ensuring that the perishable products already harvested are exported efficiently while also not forgetting the long-term collaboration for improving port efficiencies.

The latter aligns well with the agriculture expansion strategies, aimed at boosting production, destined for the export market as the sector is already export-oriented.

Through meetings organised by Business Unity South Africa, the regular interaction among these groups have been a pivotal platform to share information about various glitches encountered in the logistics and ease of flow of information to parties that can assist.

Sihlobo points out that the logistical challenges have had financial implications, but the coordination has ensured a flow of products and export earnings.

There remains, nonetheless, a need to maintain relations in existing export markets while widening access to new markets that will accommodate the expected harvest from a range of commodities in coming years.

From a destination point of view, the African continent and Asia were the largest markets for South Africa’s agricultural exports in the fourth quarter of 2021, accounting for 45% and 23% in value terms, respectively.

The balance (10%) of agricultural exports were shipped to the Americas and other regions of the world.

Sihlobo notes that efficient logistics are also vital for imports as South Africa still relies on other countries for crucial food products such as wheat, rice, poultry, palm oil, and sunflower oil. These products dominated the food import bill in the fourth quarter of 2021, as they cannot be sustainably produced at scale in South Africa, owing to unfavourable climatic conditions.

As such, agricultural imports increased by 9% year-on-year to $1.8-billion in the fourth quarter of 2021.

Agbiz believes that rice, wheat, sunflower oil and palm oil will continue to lead the agricultural import product list in 2022.

Overall, South Africa recorded a trade surplus of $1-billion in the fourth quarter of 2021, which is up by 36% from the corresponding period in 2020, primarily underpinned by robust exports.