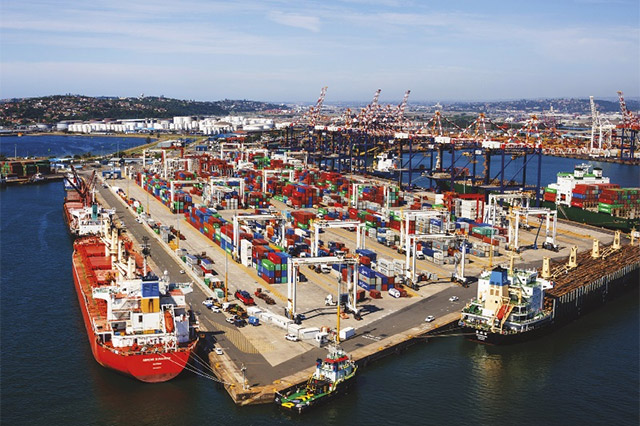 The KwaZulu-Natal government has identified 20 products with “huge export potential” as part of a new strategy to develop its economy, Premier Sihle Zikalala said.

The products will be traded across the top 21 countries on the continent through the newly promulgated Africa Free Continental Area Agreement (AfCFTA), Zikalala told a group of high profile foreign delegates in Gauteng province on Thursday.

The AfCFTA is the largest free trade agreement in the world in terms of the number of participants and if successful will boost intra-African trade by 52 percent, according to estimates by the United Nations Economic Commission for Africa.

Zikalala and several KZN members of the provincial executive council (MECs) and local chief executives travelled to Gauteng to meet the delegates from Japan, South Korea, Mauritius, the United Kingdom, Australia and the Democratic Republic of Congo.

The premier’s office said discussions centred on strengthening ties as well as exploring new business opportunities around 15 “critical” sectors seen key to rejuvenating the province’s exports and investments, including agriculture, manufacturing and logistics.

Many of the sectors mentioned in the premier’s brief were severely affected by the looting and vandalism which rocked KZN and Gauteng last month in the wake of former president Jacob Zuma’s imprisonment for contempt of court.

Damage to property in the province was estimated to be around R126 billion (around US$8.7 billion), according to a report from Johannesburg-based management consultancy firm Redflank earlier this month, while more than 40,000 businesses were affected.

More than half of the economic activity (55%) in rural towns across KZN was wiped as a result of the protests, the KwaZulu-Natal Agricultural Union (Kwanalu) said.

The protests also reignited racial tensions and left more than 251 people dead, according to the police. A state of disaster was declared in KZN.

Ahead of Thursday’s forum, Zikalala said the province’s medium to long term focus would be reassuring, rebuilding and ensuring that KZN “is rising and uniting at the same time”.

“Our view is that in post-conflict situations, employment is a major factor in achieving short-term stability, socio-economic progress and sustainable peace,” he added.